The Isle of Man’s Anthony Ure looks at the intersection between esports and VR/AR, the potential for growth and some of the challenges that need to be addressed 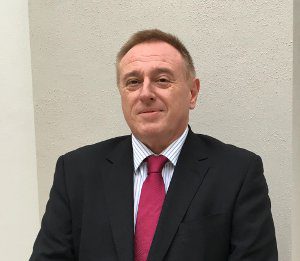 Anthony Ure, head of egaming in the Isle of Man’s Department for Enterprise, looks at the intersection between esports and VR/AR, the potential for sustained growth and some of the challenges that need to be addressed.

There are few topics within the igaming sector that manage to conjure up images as exciting or spectacular as the increasingly innovative use of virtual reality (VR) and augmented reality (AR) technologies.

Once heralded as the future of all interactive experiences across a whole host of consumer industries, the excitement surrounding the potential impact that VR and AR could have on esports has long preceded the arrival of the hardware itself.

One of the main drivers behind innovation within the esports sector is the desire to improve the spectator experience. As such, the adoption of VR and AR technologies has largely been motivated by the need to offer customers a unique, dynamic and authentic gaming experience.

Gaming companies know that in a hugely competitive market there is success to be found in offering cutting edge experiences to consumers.

According to the Newzoo 2018 Global Esports Market Report, the worldwide esports audience will reach 380 million fans this year, made up of 165 million enthusiasts and 215 million occasional viewers.

VR and AR technologies will play a huge role in keeping this fanbase interested, and it will be up to the industry to integrate new platforms into the spectator experience.

Research from the International Data Corporation has found that worldwide spending on AR/VR products and services is expected to reach $27bn in 2018, a 92% year-on-year increase.

If companies can continue to offer customers new and exciting experiences, the most inventive esports firms, as well as the wider industry, will be well positioned to benefit from this explosive growth.

Industry challenges
Despite so much potential, there are a number of hurdles that the industry must overcome if VR/AR technology is to become truly mainstream. Of these challenges, one of the more immediate issues is that the cost of hardware (headsets, operating systems, etc) remains high.

The technology required to scale these systems down to a wearable size has come a long way in recent years, but dedicated headsets continue to remain an expensive purchase. While this may not be an issue for large-scale events, it does raise questions around how the industry can engage external spectators in a cost-effective but exciting way.

Esports companies would do well to avoid creating a scenario whereby the quality of the VR/AR spectator experience is severely affected by not having access to expensive equipment.

There are also several issues regarding the ease of in-play betting. For example, how does someone watching a VR-based stream access betting services without having to step away from the live action?

The continued development of app-based platforms that can be accessed through a smartphone and collaborative engagement from gambling providers would go some way towards bypassing both of the main problems.

Players engaged in a VR battle could be watched actively via AR in-venue, with betting options interactively displayed within the game, similar to the HUD functionality we have seen in other games.

As the esports market expands, more sponsors and investors will flow into the industry, which will create a booming opportunity for all players involved. Business, as well as the jurisdictions in which they operate, will need to respond quickly to industry demand.

As a leading technological hub, and a strong supporter of innovation, the Isle of Man is confident that the industry will continue to move from strength to strength. If the sector can continue to cross new frontiers, we’re in for a very exciting second half of the year indeed.