A You Gov study from May provided some interesting findings. 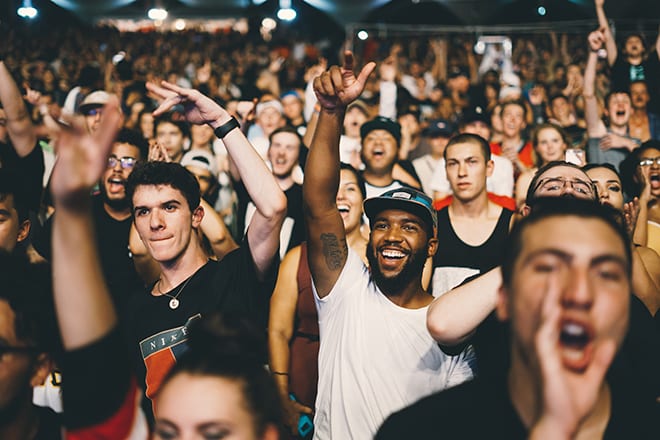 As the world returns to pre-pandemic conditions, the esports industry is moving in the same direction with its plans. YouGov released a study in late May that shows roughly a third of esports fans would be comfortable returning to live events in the near future. It came on the heels of the Call of Duty League’s announcement that all of its teams would begin playing at the same location for last month’s Major IV tournament.

What stands out from the YouGov data is how similar esports fans felt compared to traditional sports fans. On the whole, the two fanbases were equal in the number of respondents who felt comfortable returning to live events, though there was more scepticism from sports fans than esports fans. However, that should only encourage promoters to open up live events again to the public slowly.

Despite 40% of traditional sports fans answering they were in some way uncomfortable about attending live events, the return of fans to arenas and stadiums has produced sell-out crowds consistently around the United States. It would be fair to assume the same reaction would happen once esports tournaments are played in front of fans again in the coming months, given those fans are a little less apprehensive about returning to live events.

The most straightforward lesson to take from the data is that esports fans are more than ready for tournaments to return to arenas worldwide. Even though the same number of participants in the YouGov study were comfortable with returning as those who were uncomfortable, it only takes a small group to fill the stands. We’ve seen that to be the case with traditional sports, both with and without restrictions from the pandemic, and it only makes sense for that to continue in the esports vertical.

The esports fanbase is more passionate in many ways, and the data again proves it. Only 14% of respondents who identified as esports fans were not interested in attending any live events, and 15% were on the fence. That 15% is nearly double the number of traditional sports fans who were unsure about returning, so it is clear the fans are putting a lot of thought into their decisions.

However, the best advice for esports brands came from Ben Paro, YouGov’s sales director, who was very optimistic about the return of live events after reading the data. “I don’t think there’s a first-mover advantage to getting your brand back in the arena per se, but I also wouldn’t discourage brands from including live sponsorship activations in their late-2021/22 strategy,” Paro said.

Indeed, there is no need to race to be the first to open up arenas because there isn’t a magic bonus for the first few tournaments and leagues to welcome back fans. The data clearly shows the interest is there, and it comes down to making sure the policies for fans to return are smart and sensible. It should go without saying that following local health ordinances is vital, and being overly cautious at the beginning is not going to hurt brands.