888 Holdings and The Rank Group have said that they have entered preliminary talks over the potential acquisition of William Hill. 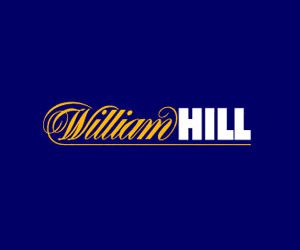 888 Holdings and The Rank Group have said that they have entered preliminary talks over the potential acquisition of William Hill.

In a joint statement, the consortium said it sees “significant industrial logic in the combination, through consolidation of their complementary online and land-based operations, delivery of substantial revenue and cost synergies and from the anticipated benefits of economies of scale”.

However, 888 and Rank also said that no formal approach has been made to the William Hill board and warned there is no certainty that an offer will be made or if any transaction will take place.

888 and Rank have until August 21 to announce a firm intention to make an offer for William Hill, although this deadline can be extended upon the approval of all parties involved.

William Hill issued its own statement to confirm the preliminary talks, stating that it would “listen to and consider any proposal which might be forthcoming from the consortium”.

Confirmation of the discussions comes after William Hill last week announced the departure of its chief executive James Henderson.

The bookmaker appointed Philip Bowcock, chief financial officer, to the role on an interim basis while a permanent replacement is sought.

Developed in partnership with Emerchants, the new card will use the payment solutions provider’s ‘Eachway’ network.

According to the Finnewsnetwork.com website, Emerchants said the reloadable winnings card will offer customers more flexibility as they can access all their winnings from just one card.

William Hill is the first of Emerchants’ clients to launch with Eachway, although the company said that more customers are also due to go live in the near future.