The European Gaming and Betting Association (EGBA) remains confident of victory in a second court hearing over the Norwegian government’s bid to block payments to offshore igaming operators, despite failing in an initial case earlier this week. 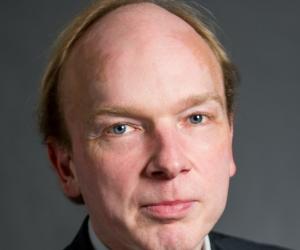 The European Gaming and Betting Association (EGBA) remains confident of victory in a second court hearing over the Norwegian government’s bid to block payments to offshore igaming operators, despite failing in an initial case earlier this week.

The Oslo District Court ruled that the Norwegian Ministry of Culture, Agriculture and Food does have the right to block payments to offshore igaming operators and that the move does not contravene European Union law.

However, EBGA and payments service provider Entercash could still prevail in a separate hearing, which will consider whether blocking the payments constitutes an illegal restriction on the provision of services within the European Economic Area (EEA).

EGBA and Entercash filed the initial lawsuit against the Ministry in June after efforts were stepped up to block transactions between Norwegian financial institutions and offshore operators. The court decided to split the case into two parts, with the hearing for the first, concerning the legality of payment blocking under EU law, held in July.

A date for the second portion is yet to be set, though EGBA said the case was likely to be heard in the autumn.

“We take note of the ruling by the Oslo City Court and await with confidence the outcome of our main claim that payment blockings infringe upon the EU freedom to provide services,” EGBA secretary general Maarten Haijer said in response to the Oslo City Court’s ruling against his association and Entercash’s two subsidiary claims.

Haijer added that EGBA would reflect on the judgement before considering whether to appeal.

The clampdown on transactions is part of a broader enforcement drive by the Norwegian authorities to restrict offshore activity, thereby preserving the monopoly of state-owned operator Norsk Tipping.

“We believe payment blocking measures are being enforced by the Norwegian authorities to ensure the survival of the country’s gambling monopoly,” Haijer said. “A more fundamental rethink of Norway’s gambling regime is needed and we continue to advocate for a highly-regulated and safe online betting regulation which follows the example of Sweden and other European countries.”

Haijer explained that Norway is one of only two European countries left that have an online gambling monopoly.

“All other European countries have now introduced, or are in the process of introducing, a so-called multi-licence regime which allows European companies who fulfil strict safety and quality criteria to obtain a license to provide online betting,” he added. “These countries have found that a high level of online consumer protection is best achieved by providing consumer choice alongside high consumer protection standards.”