Caesars Entertainment posted an increased net loss for the first quarter of its 2022 financial year despite also reporting revenue growth, as its digital division reported negative revenue and a $576m loss. 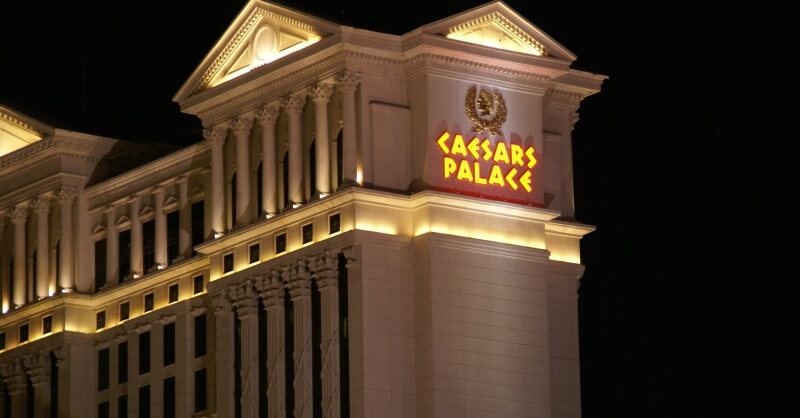 Breaking down this performance by vertical, Caesars said its regional operations remained the main source of revenue for the group, with revenue for this part of the business rising 14.4% to $1.36bn.

However, the Caesars Digital business posted negative net revenue of $53.0m, compared to $39.0m in revenue last year. Corporate and other revenue halved to $2.0m.

Caesars noted a number of developments in Q1 that helped drive revenue growth including its launch in New York and Washington, as well as the relaunch of mobile sports betting in Illinois.

However, despite revenue growth, Caesars also reported an upturn in spending during Q1, with total operating expenses rising 46.1% to $2.30bn. Much of this was down to casino and pari-mutuel commission costs rocketing 81.3% year-on-year to $1.06bn.

As spending outpaced revenue, this resulted in an operating loss of $10.0m for the quarter, in contrast to a $216.0m operating profit in Q1 of 2021. Caesars also accounted for $548.0m in finance costs, though this was 23.0% lower than in the previous year.

Breaking this net loss down by division, Caesars Digital was responsible for the majority of the loss, at $576m. Regional operations recorded a net profit of $124.0m, up 90.8% while Las Vegas net profit reached $168.0m. Managed and branded services recorded a net loss of $211.0m.

In addition, higher spending during the quarter led to a 44.7% decline in adjusted earnings before interest, tax, depreciation and amortisation (EBITDA) from $535.0m to $296.0m.

“Our Las Vegas segment posted an all-time first quarter EBITDA record and our regional segment delivered solid EBITDA and margin growth. Consumer trends remain healthy, and we are optimistic for the balance of the year.”

Speaking on an investor call, Reeg addressed the losses within the digital business, as net adjusted EBITDA loss for the quarter reached $554.0m. Reed said Caesars had already taken steps to lower costs to help address this, particularly within marketing and advertising, with spending reduced by approximately $250.0m.

“Of the $553.0m of EBITDA loss in the quarter, a little over $400.0m is attributable to the launches in New York and Louisiana, with New York the lion’s share of that,” Reeg said. “We cut about a little over a quarter of a billion dollars of expected spend from when we started cutting in February. Through the end of this year we’ve seen no degradation in handle share, other than our planned retrenchment in New York.”

Reeg also noted that these losses began to reduce towards the end of the quarter, with digital EBITDA loss in March at approximately $44.0m, reflecting the normalising of business following the heavy launch period. He added that this expected to return to a positive figure when the new NFL season begins later in the year.

“We’ve had 1.4 million in Caesars reward signups, since we re-launched digital that came in through the digital channel; if you think about a typical Caesars property, we get about 50,000, on average, per property per year of new sign-ups a little more in destination properties a little less in regional properties,” Reeg said.

“If you think about a million for customers coming into the pipeline, in really a span of five months, it’s extraordinary. And now the work in front of us is to identify which are the most valuable customers there.

Reeg said that going forward, marketing spend would be more focused on customers it expected to be the most profitable.

“And what you’ve seen us do repeatedly in the brick-and-mortar business is target that spend to our most valuable players and not waste money on the unprofitable players,” he said. “That’s the task in front of us in digital. So you’re going to see us segmenting in terms of our marketing as we move forward and that’s going to be a dramatic improvement in profitability.”