This week’s acquisition is likely to kick off a wave of consolidation among payment service providers in the US and northern Europe, says Julian Buhagiar, co-founder of RB Capital 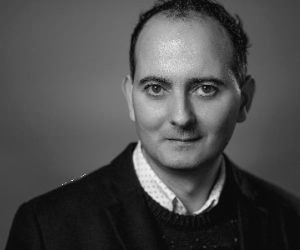 This week’s acquisition is likely to kick off a wave of consolidation among payment service providers in the US and northern Europe, says Julian Buhagiar, co-founder of RB Capital.

News of Nuvei’s SafeCharge acquisition must have lifted the spirits (not to mention aspirations) of quite a few PSP players in the market.

A full cash transaction, backed by a leading Canadian payments firm with plans to enter the US market, signals a possible emerging trend to solidify payment-based positions in the North American markets at a time when the medium-term interstate gambling payment prospects are yet to settle.

To be clear, this is not a gambling-specific acquisition. With customers such as McDonald’s, Domino’s, El Al and Nespresso, SafeCharge has a significantly diversified customer base, particularly as an alternative payment processor.

Nonetheless, with clients such as GVC/Ladbrokes already on board, this acquisition is expected to kickstart a drive to consolidate PSPs in the US and northern Europe. The longer-term play here is clear; the payments market is heavily saturated, and increasing regulation will squeeze out the smaller players sooner rather than later.

Thus there will be a short-term land grab to acquire the larger cash-generating businesses. And this is a good time to buy, if larger players are willing to hedge their bets as to where the US (and EU) PSP markets will be heading.

One immediate question to ask is what role Nuvei will now play in its new European deal flow? It would be a quick win to tap into the northern markets with a view to upselling. The opportunity here is significant, not least in the alternative payments sector, but also in ensuring newly acquired clients can benefit from the plethora of services on offer.

More pertinently though, what does this mean for other payment providers in these territories? Will this incentivise the likes of Trustly and Skrill to make a move, or will they wait and see how the first movers consolidate their acquisitions?

The money seems to be on the former; there are already rumours of other (larger) sale discussions being had, and another significant acquisition will likely happen in the coming months, if not weeks. A rapid set of acquisitions will quickly increase the value of these players, so we will likely see a significant amount of first-movers this year.

Perhaps though, the question on most gaming investors’ minds is, with SafeCharge sold, is this truly the end of Teddy Sagi’s involvement in gaming? Probably not. While the move into other markets has been a key strategy of Sagi’s, his increase in wealth (as can be evidenced from the recent Sunday Times Rich List 2019) has been mostly through gaming-related asset ventures.

It is thus not unreasonable to expect more gaming-based enterprises in the medium term to have some form of his involvement, at least at arm’s length.

Julian Buhagiar is an investor, CEO & board director to multiple ventures in gaming, fintech & media markets. He has lead investments, M&As and exits to date in excess of $370m.