The US online sports betting market is set to enter its most competitive period, according to analysts, as a number of major players have prepared with a flurry of M&A activity. Over in Europe, however, the industry is left counting the cost of German re-regulation. 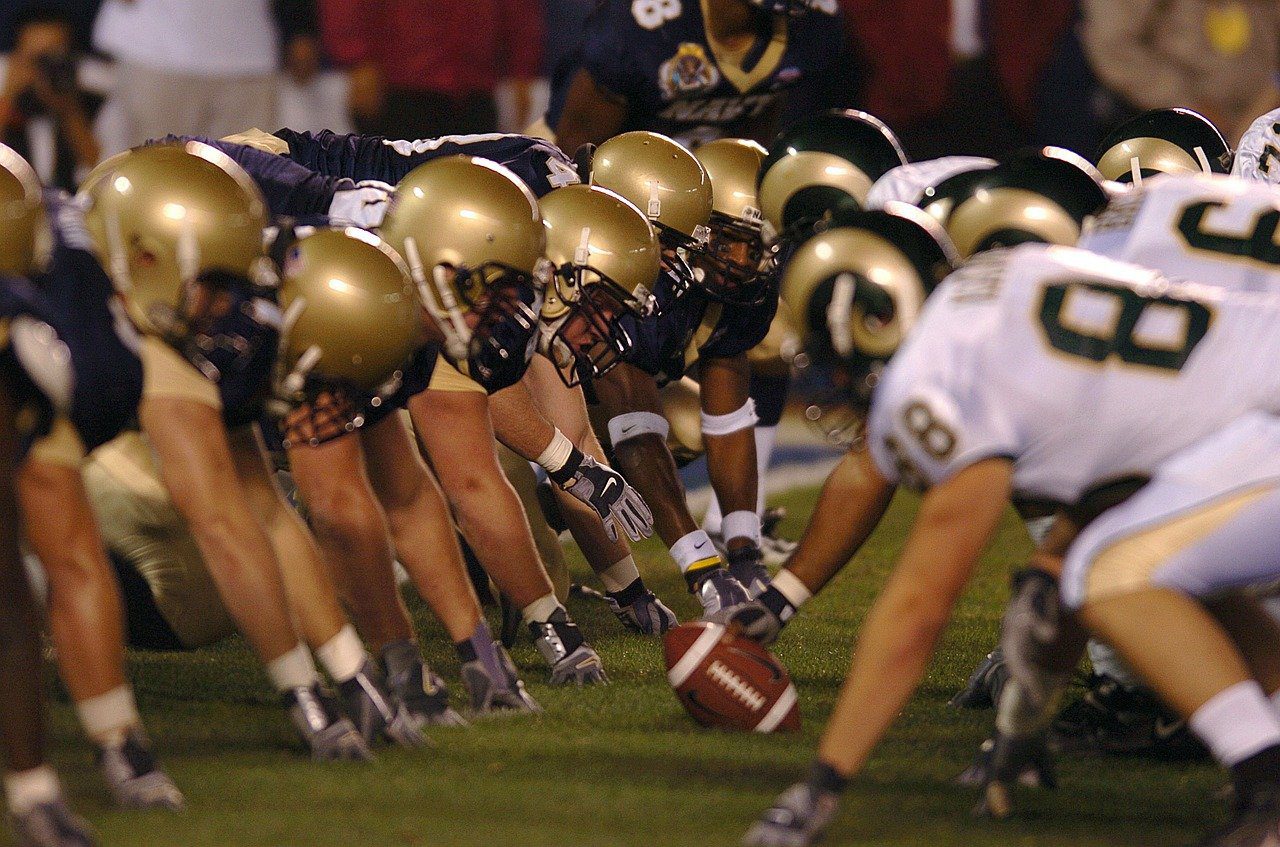 Scott Longley and Jake Pollard of Wagers.com Earnings+More run through the headline figures from the industry’s second quarter results.

The speed with which the sports betting and igaming market in the US is developing has perhaps taken everyone by surprise. The amount of corporate activity and the monetary size of the deals announced shows how the market is tending towards size as the key determinant of success in the US.

It also illustrates how the pressure to be among the winners is causing companies to think even bigger. While market leader Flutter simply piled on the pounds – the company said FanDuel controlled circa 45% of the US sports betting market in the second quarter – those sitting behind the market leader were also hoping to bulk up.

The headline deals were Penn National Gaming’s acquisition of Score Media & Gaming for $2bn and DraftKings’ buyout of Golden Nugget Online Gaming (GNOG) for approximately $1.56bn. Each deal shows the acquirers determined to bolster further their claims in the US.

“DraftKings has done a tremendous job to become an iconic sports betting brand and has been great at cross-selling into igaming, but it has not yet reached non-sports fans who are igaming customers,” said Jason Robins after completing the deal for the more online gaming-focused GNOG.

Meanwhile, Jay Snowden, CEO at Penn National Gaming, said that adding theScore to Penn’s interactive division would be a “powerful new flywheel” to the company’s engine.

Looking at the big kickoff

Both deals came ahead of the start of what is destined to be the most consequential NFL season to date in the short life of online sports betting and gaming in the US.

“We expect the 3Q21/4Q21 periods to be the most competitive the OSB arena has experienced to date, with two large scale casino operators poised to spend considerably, as they make their respective entrances, in a dedicated fashion, into the space,” said the analysts at Deutsche Bank.

The Deutsche Bank analysts went on to suggest the ability to grab or retain market share will be the key differentiator during the coming NFL season. DraftKings’ relatively conservative forecasts are “perhaps allowing for the potential for share losses as new entrants roll out,” they added.

The team at Macquarie, meanwhile, noted that using a calculation of market share versus market cap, DraftKings’ current valuation implies market share of 30%. The challenge presented by Caesars, Penn National and MGM means DraftKings’ retention tools “will be put to the test.”

The clearest indication of the test to came with the results statement from Caesars Entertainment where the company said it would be spending up to $1bn in marketing and advertising for the new Caesars Sportsbook app.

Alongside the efforts to push the sports-betting offer to the 60m members of the Caesars Rewards programme, CEO Tom Reeg said the group was “activating the whole enterprise into the vertical.”

“My view is that we’re in a unique situation, everything opened up and everyone is looking for customers,” Reeg added on the earnings call with analysts. “We have 60 million customers in our database and the ability to serve them at all levels as their value to us increases.”

That Caesars Entertainment can afford the extra spend in online is evident from the results for the land-based business which, as with its peers, were outstanding given the circumstances.

Noting that third quarter occupancy rates were expected to be “significantly ahead” of the second quarter, and with margin gains to be sustained, Reeg said the labour shortages experienced across the industry had helped focus on attention to detail and operational excellence.

But he added there was room for improvement. “It’s an extraordinary amount of EBITDA that’s left on the table,” he said. “(We) had very little group business to speak of and we’re still able to post the best quarter that Caesars had ever posted from an EBITDA perspective.”

The only cloud was the emergence of the Delta variant and the re-introduction of the mask mandate in Nevada, a development which the industry has to date dismissed as unlikely to hamper any recovery.

Noting a leaked internal memo suggested that cancellation rates were on the rise, Reeg insisted that the hit to occupancy rates would be minimal. “We fully expect to remain in the low to mid-90s of occupancy in Vegas through this current situation with the Delta variant,” he added.

The analysts at Truist noted that growing rates of Covid-19 had created “some industry-wide uncertainty” but with mask restrictions in place during much of the second quarter, renewed mask mandates were unlikely to have a meaningful impact.

At rival MGM Resorts International – which will benefit financially to the tune of circa $4.4bn from the deal which will see the VICI REIT buy up rival MGM Growth Properties – CEO Bill Hornbuckle was also optimistic about the sustainability of the business’ near-40% EBITDA margins.

He suggested that though there was likely to be some pullback, they would settle at a point higher than previous levels. Asked about how this should be explained to shareholders, Hornbuckle said “the message is (that) we have learned a lot and we are going to be appreciably better than what we were before.”

Back in Europe, the tone of the results commentary was far less triumphant, partly due to continued lockdown issues through most of the second quarter in key markets. Those involved in land-based gaming in markets such as the UK and Italy were still seeing the effect of either restrictions or continued closures well into the second quarter. This meant that any judgment son the medium- to long-term health of the sector will have to wait until later this year or even early next.

And then there is Germany, where the new online regulatory regime finally came into full force on 1 July.

This is, of course, after the quarter ended. But with the major firms having opted to be compliant with the new regulations on online gaming particularly since January, it is already possible to see what effect the new guidelines have had on what was previously one of the biggest and most profitable grey markets.

LeoVegas, for instance, said German revenues fell 81% in the second three months of the year and the company was in no mood to attempt to put a gloss on the situation. “We’ve taken the hit in Germany and are moving onto other markets, it is what it is and can’t get any worse,” CEO Gustaf Hagman said.

The group will keep an eye on the market in the hope conditions improve or strong enforcement from the tax authorities, but neither Hagman nor CFO Stefan Nelson would speculate on how long that would take.

Similar hopeful of betting policing was Entain which, with a bigger slice of sports betting revenues in Germany, was slightly more hopeful than its rival. Sports betting NGR in Germany up 53% even as gaming NGR in the country tumbled by 34%.

“The biggest impact has been on gaming with the lack of policing creating an uneven playing field,” said CEO Jette Nygaard-Andersen. She added that suppliers in particular were “not differentiating between compliant and non-compliant.”

Entain also announced an acquisition on the day of its results, saying it will be completing the buyout of esports-betting operator Unikrn later this year. On a Capital Markets Day call with analysts, Nygaard-Andersen said the deal forms part of Entain’s strategy to broaden its footprint beyond betting and gaming and into other areas of interactive entertainment.

“In looking for the right way to enter this market we engaged with a number of operators. Unikrn stood out as the most advanced business in this space by quite some margin,” she added.

The move into esports is just a part of Entain’s plans to widen its footprint into adjacent interactive entertainment sector, including casual and free-to-play games and media. “We want to be the world-leader in what we do,” she said at the top of the presentation. “And going forward we will be expanding that claim into other areas of interactive entertainment.”

However, analysts at Jefferies noted that the new sidelines – at present at least – don’t actually move the dial. “Entain… has laid out a long runway of growth in existing and new markets, with differentiated tech playing a key role,” they said. However, “we do not foresee any material change to medium-term consensus estimates based on the Capital Markets Day content.”

Meanwhile, the analysts at Peel Hunt added that there was so much material in the presentation “it made us feel it might serve as part of a negotiation with MGM.