Online gaming company SportPesa has warned that it could cease operations in Kenya after the country’s government introduced a new 35% tax on gross profit from gambling activities. 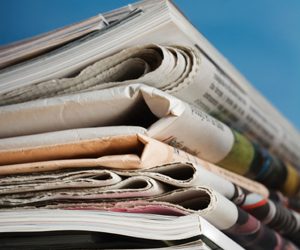 Online gaming company SportPesa has warned that it could cease operations in Kenya after the country’s government introduced a new 35% tax on gross profit from gambling activities.

Last month, Kenyan President Uhuru Kenyatta signed off on the new rate, which is a significant increase on the tax operators had been paying in the country.

Bookmakers were previously subject to a 7.5% rate, while lotteries were taxed at 5%, casino gambling at 12% and competitions such as raffles at 15%.

SportPesa has already moved to halt all of its sports sponsorship deals in Kenya in response to the tax hike, but has now said that it could stop all of its gambling activities in the country if they government does not reconsider the new rate.

Speaking in a media briefing, SportPesa Global chief executive Gerasim Nikolov, said the company is currently looking at options to relocate its base to Tanzania or the UK, which could in turn lead to job losses in Kenya.

“There is nowhere in the world where such a huge tax is levied on turnovers and even here in Kenya, no firm can survive today if a 35% tax was put on its turnover,” Nikolov said.

“Unfortunately, the ultimate effect of us shifting operations from here will be wide considering the various businesses that depend on this industry.”

Ronald Karauri, chief executive of SportPesa Kenya, also called for the country’s government to drop plans to hike tax in the country, saying that the move could be a “death sentence” for the Kenyan gambling industry.

According to Daily Nation, Kauri said: “You cannot run a business just to pay tax to the government; it is not worth the sweat and were we not present in the UK and Tanzania, we would just wind up.

“I don’t think the government will benefit either because this is a death sentence to the whole industry.”