Guy Hasson is back with more lessons for slot developers. This week covers the enduring appeal of social slots - as long as they don’t rely on autospin features. 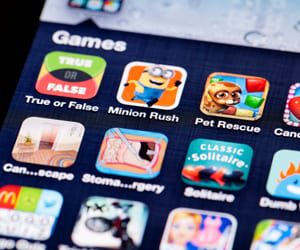 Most of you reading this weren’t part of the process when social slots just began. It’s hard to understand today how big of a revolution this was.

The top question on people’s minds was: Why would people ever pay for a slot game where they can’t collect any money?

There were people who believed Playtika was some kind of shady money laundering business and that that was the reason for the exit.

But Playtika’s income, of course, was real. The exit to Caesars was real. Five million monthly players (at the time) were real, they were coming back for more, and it was still going viral.

Attitudes changed over time, but some believe social slots are a fad.

We must remember to take a look at the millions and millions of players who have been playing these games for almost a decade now, and at how many hours a day they play.

Slots fulfil a need, but so do social slots. It is, however, a different need.

Social slots may change over time, but once they’ve been invented, made profitable, and played, they will never die.

Lesson #22: The dangers of auto spin in new social slots

My advice to most new social slot games is: Take out your auto spin button until you become popular. Here’s why.

If you’re a real-money slot, absolutely keep it in from the start.

However… When you’re a young social slot, what you really want is not for the player to lose money. What you want is engagement! You HAVE to keep the players engaged. You have to force them to look at the screen to play. To get used to the game, to find that they like it, and eventually to find that they can’t leave it.

What you don’t want for them is to try a new game, press a button, then step away for 30 minutes. That does you no good.

Lesson: New social slots should only put in an auto spin button after they’ve become big and have enough veteran players to warrant that button.