France’s new gambling regulator L’Autorité nationale des jeux (ANJ) pledged to pay particular attention to industry advertising and player protection in the coming year. But the companies targeted as it ramps up these efforts may be surprising, writes Jake Pollard. 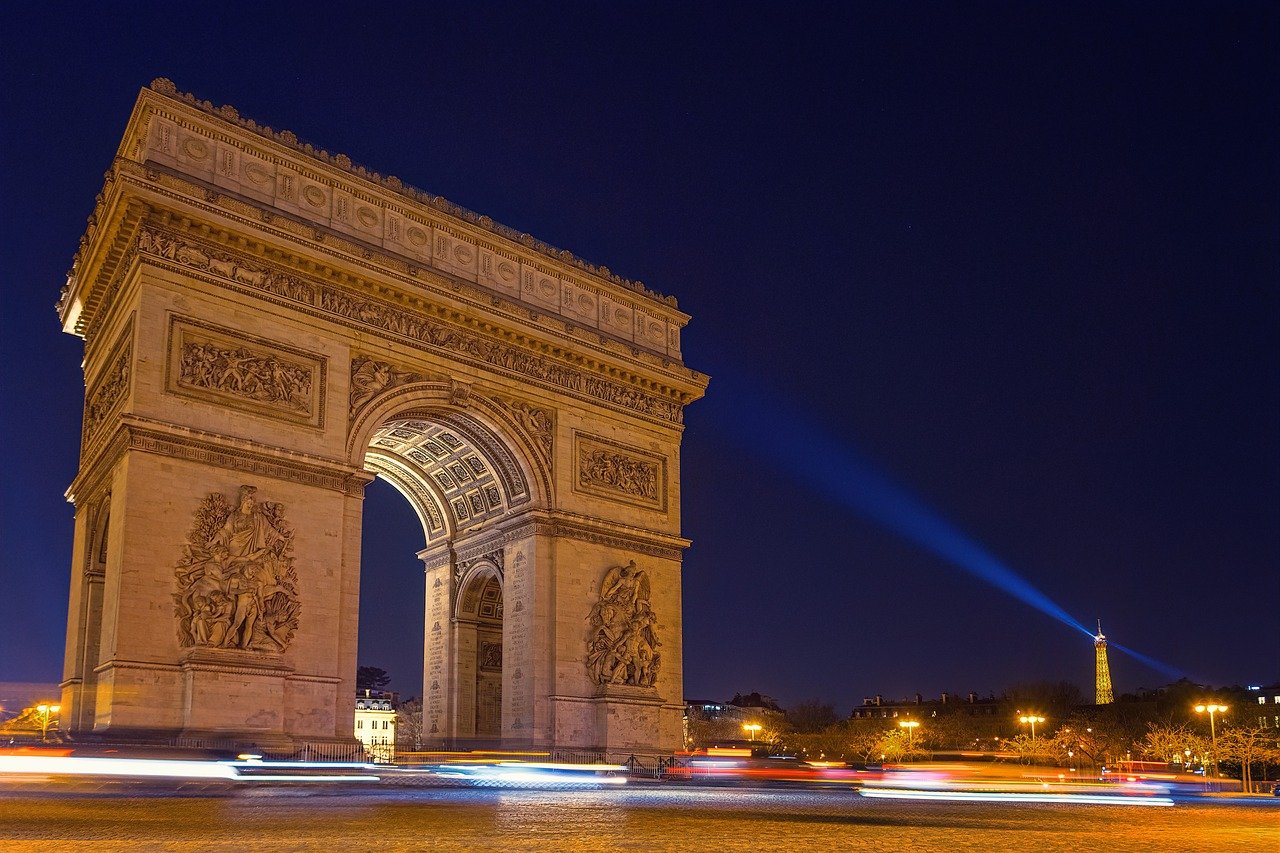 It is stating the obvious to say that the level of scrutiny and regulatory oversight of online operators’ marketing activities across European markets has increased significantly in recent years.

The current situation in Great Britain is a case in point. In England alone eight Premier League clubs have gambling operators as shirt sponsors. And with marketing being the most high-profile of the industry’s activities, it was always bound to be closely scrutinised.

In that respect Italy and Spain have gone further. The former has banned bookmakers and casinos from all major advertising platforms and the latter is set to introduce its own ban in the coming weeks.

France is steering a different course on the matter. There is no talk of forbidding operators from advertising on radio or TV; even if there are regular complaints, from both inside and outside the industry, bemoaning the volume of adverts for online bookmakers during half-time breaks.

Regulated operators also point out that marketing enables them to channel the vast majority of players to legal betting and gaming sites, even if context is also important in this instance.

A recent report in the financial newspaper Les Echos highlighting the €1.4bn unregulated online casino industry that targets French players was shared widely by the European Gaming and Betting Association and other stakeholders to put pressure on EU regulators.

When it comes to advertising however, it also showed that legal advertising was not always needed to develop a substantial vertical. Black and white hat SEO and online advertising are very efficient in developing a strong, albeit unregulated, igaming activity in a highly regulated market.

In late January, France’s igaming regulator the Autorité Nationale des Jeux(ANJ) published a statement in laying out its roadmap for monitoring operators’ promotional strategies for 2021. Few could have expected to read its blunt words about the marketing practices of national lottery monopoly La Française des Jeux (FDJ) and its horse racing equivalent Pari-Mutuel Urbain (PMU).

Describing the “specific case of the monopoly operators (FDJ and PMU)”, ANJ commented: “From an examination of the promotional strategies of these two operators under exclusive rights, it emerges that the Authority has serious concerns […], in particular with regard to the case law of the European Court of Justice and the State Council which recalls that the advertising efforts of the monopolies must remain measured and strictly limited to what is necessary to channel consumers into controlled gambling networks.

“In addition, in connection with this case law, ANJ will be vigilant to ensure that any advertising or promotional campaign by these operators does not hide behind arguments of general interest to give a positive image of gambling or to justify it.”

The wording is noteworthy and direct. Essentially ANJ is saying that FDJ and PMU are very close to glamorising gambling and giving it an overly positive image. Looking back at some of the recent decisions published by the ANJ’s monitoring committee (collège), things become clearer.

An ANJ decision published on 21 January restated the point that under European law gambling monopolies must focus on channelling consumers to regulated products as part of a campaign of controlled growth. They must protect against excessive play and any potential for underage gambling, it continued.

Noting the scope and ambition of both groups’ marketing strategies for 2021, ANJ warned that FDJ’s marketing should not “encourage a natural disposition towards gambling by making it appear commonplace or giving it a positive image linked to general interest activities or through the potential for major financial rewards.”

Meanwhile PMU’s strategy to increase “the attractiveness of its offer and modernise its image can unintentionally lead to the targeting of young adults even though this category of the population presents a high risk of developing problem gambling” behaviours, ANJ said.

It made similar points about FDJ’s targeting of younger demographics and in relation to both groups’ personalisation and customer loyalty strategies. It said this could increase the intensity and frequency of those consumers’ betting and gaming habits.

A quick look at this slick FDJ promotional video gives an idea of what ANJ is referring to. Furthermore, the regulator’s industry data for the third quarter of 2020 showed that 56% of operators’ marketing budgets were spent on acquisition and retention of players. This indicates why its statement focused on personalisation and customer loyalty in its statement.

The proactive monitoring of operators’ marketing and promotional activities shouldn’t come as a surprise. ANJ’s new president Isabelle Falque-Pierrotin spelled out her intention to put players at the heart of her work in an interview with iGB last year.

If the wording of the comments towards both historic operators was somewhat surprising, it should also be viewed within the context of the commercial and competitive pressures FDJ and PMU are under.

The pandemic has of course had a major impact on both companies’ retail activities. FDJ’s activities suffered in 2020, while for PMU the closures of many hippodromes across France last year was keenly felt. But overall both companies’ offline activities also illustrate how they need to reform and rejuvenate their clientele.

The average age of a PMU retail client is 45 years old, compared with 35 for an online horse racing enthusiast and around 30 years old for an online sports betting and poker player. FDJ’s core demographics, considering retail sales remain by far its largest channel, are likely to be similar.

The marketing drives undertaken by both companies should be seen in that context: strategies to modernise their respective images and attract a younger (online) player base that they can develop and maintain on a long-term basis. In theory this largely applies to their land-based activities.

But when it comes to online verticals and specifically sports betting, FDJ’s Parions Sport and PMU.fr lag some distance behind the leading trio of Winamax, Betclic and Unibet. Those three brands each have around a 20% share of the online market, while PMU and FDJ hover around the 5% mark along with a number of other betting brands.

PMU started its online adventure promisingly but has faded in recent years, while Parions Sport, for a number of reasons that were not always within FDJ’s control, never really got going. In addition, newer fixed odds entrants like Zebet, the sports betting site for horse racing tote Zeturf, are growing strongly through aggressive pricing and clever marketing.

PMU told IGB that it was focused on meeting ANJ’s stated aim of preventing underage and problem gambling and fighting money laundering.

This was “fundamental to how PMU carries out its activities, the group will put in place all the necessary measures to respond to those aims.

“Beyond that, PMU must be a reference when it comes to responsible gambling and executes its strategy with that in mind.”

FDJ meanwhile told IGB that ANJ had “reminded all operators, and not only FDJ and PMU, of the need to strike the right balance in their marketing of betting and gaming activities.”

With regard to its activities, FDJ added: “Corporate and social responsibility has always been central to FDJ’s business model; the group’s aim is to market its products, but its priority is responsible gaming.

“To this end, the group has put in place specific measures, such as the commitment to devote 10% of its TV advertising budget to responsible gaming, a commitment not made by any other French operator.”

Clearly operators need to strike a balance between marketing their products, building their appeal and attractiveness and preventing problem gambling and underage gambling.

FDJ said its “advertising and marketing strategy aims to promote a gaming model in which many players bet small amounts”.

“For this model to be viable over the long term, it is essential to build loyalty among existing players for the lowest-stakes games and to recruit new players, while developing a growth model that upholds responsible gaming principles,” it explained.

“All of FDJ’s marketing materials are developed with this ultimate goal in mind. They also help channel player demand into controlled networks.”

The group added it is supportive of regulation of gaming advertising in France and the ANJ’s monitoring and oversight to prevent the negative effects of excessive advertising that could encourage irresponsible gambling behaviour. Such behaviour would be detrimental to all operators, it said.

“However, excessive restrictions – or even a total ban on gaming advertising – would be counterproductive, as they would favour the development of illegal online gaming activities, leaving players and minors less protected,” it continued.

“Betting and gaming advertising is useful in that it channels player demand to controlled environments, promoting games that encourage moderate and responsible use. In this regard, ANJ has a key role to play, particularly with respect to online gaming activities, where advertising by operators is especially prevalent.”

With both FDJ and PMU’s retail activities hit hard by event cancellations and high street closures, the pressure is on to make up for lost revenue. Pandemic-permitting, the rescheduled European football championships and Olympic Games will present them with a major opportunity to sign up new payers.

They and other betting brands will be marketing their products and promotions heavily. As a result, advertising budgets are expected to rise 26% this year on 2019 total of €239m (figures for 2020 are not accounted for as they were badly impacted by the pandemic).

Speaking to contacts working with licensed private operators in France however, there is little sympathy for either FDJ or PMU. All point to the built-in commercial and regulatory advantages those groups have benefited from since 2010.

Many of these, such as PMU’s co-mingling of online and retail player pools for horse racing, had to be fought and eventually defeated via long and costly legal battles.

Others point to products such FDJ’s retail app (FDJ Points de vente), a bring your own device (BYOD) solution which is distinct from its betting app and allows punters to select a bet, which generates a QR code. They can then take the QR code to a high street outlet to scan and place their wager.

The bluntness of ANJ’s press release was striking, mainly because it is so rare to see such language directed at national operators. By way of comparison, many British operators are adamant that the National Lottery should be more closely monitored when it comes to marketing and player communications.

But ANJ’s remit has also expanded considerably when compared to its online-focused predecessor L’Autorité de régulation des jeux en ligne (ARJEL). It oversees close to 80% of France’s gambling sector, including all FDJ and PMU retail outlets, whereas ARJEL only covered around 11% of the market. Its statements should also be seen in that context.

It will be interesting to follow this topic in the coming months, especially if PMU and FDJ are unable to reclaim market share in the online sports betting vertical. But so far ANJ is doing what it said it would.