Operators have reported some success with variations on traditional poker, but not all are convinced this is the way to more recreational players, writes Joanne Christie. 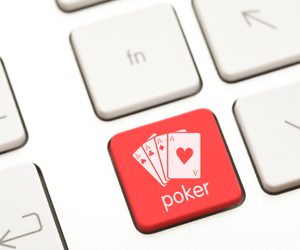 Operators have reported some success with variations on the traditional game of poker, but not everyone is convinced this is the way to bring back recreational players. By Joanne Christie.

When 888 announced its half-year results earlier this month, at first glance it may not have seemed there was much of significance to report for the long-beleaguered poker vertical. With revenue up just 1%, it was the worst performer for the company after bingo, which fell 3%.

But dig a bit deeper and it seems there may be good reason for the optimism on display from company CEO Itai Frieberger when it came to poker during the investor presentation.

For a start, growth of only 1% is not so bad when one considers that during the period 888 had to pull poker from several markets, taking big hits after withdrawing from Australia and Czech Republic, in particular. There was also a pretty impressive 26% jump in average active days for poker, far ahead of the 16% growth in casino.

During the results presentation Frieberger said the company’s poker revival was being led by new game variants that were attracting more recreational players, such as Flopomania, Blast and Snap.

Flopomania is a game where there is no pre-flop, Snap is a cash game where once a player folds they move immediately to a new game and Blast is a small tournament where players can win a jackpot rather than just a normal tournament prize.

Itai Pazner, head of the B2C division at 888, says the move to new poker variants is part of the company’s strategy to tip the scales back in favour of recreational rather than professional poker players.

“A lot of people who loved online poker just deserted it and we want to bring them back and bring in new players who are just coming into poker, but in order to do that there is a lot of work you have to do both on the network itself and on products, so these variants are part of our strategy to bring the love back to online poker.”

His colleague Hili Shakked, vice-president of poker at 888, adds. “Another factor that we realised when we spoke to players was that the game was boring and slow. It took a lot of time for other players to make decisions because they play 10 or 15 tables concurrently.

Once we introduced the quick games people loved it because they want to play, they want the action, they don’t want to wait all the time for their next decision.”

Industry-wide shift
888 is not alone in its move towards more hybrid poker/casino/lottery products. PokerStars has of course been doing similar variations on traditional poker for some time and in August released a game called Spin & Go Max, which, as with 888’s Blast, offers tournament players the chance to win a jackpot of up to 10,000 times the buy-in.

In Stars’ Q2 earnings call, CEO Rafi Ashkenazi said: “We are also investing in R&D to create new games within and beyond the traditional poker model, we are excited about our product pipeline, which includes innovative variants to the current poker formats such as Spin & Go Omaha, Spin & Go Max, and Zoom Bolt, an addition featuring Usain Bolt.

“We are also optimistic about Power Up, which recently completed alpha testing and has been generating positive buzz among existing players and trade media who recognise it as a thoroughly modern advancement of traditional poker that incorporates elements from strategy games that have exploded in popularity in recent years.”

Some, however, are not yet fully convinced the traditional game of poker needs to change. Unibet’s head of poker David Pomroy says: “This is something we’re currently taking a watching brief on.

Our starting point is that we don’t believe the fundamental game of poker needs to be made more interesting but there will always be room for new game types.

Operators can make the online poker experience more satisfying and pleasing without increasing the variance for players, they just have to be creative.”

For Unibet, it was the move from a network model to its own platform a couple of years ago that reinvigorated its poker vertical – Kindred’s full year results for 2016 showed poker revenues reached £12.5m last year, a huge 65% jump on the previous year.

With revenues at £7.6m at the halfway point this year, the upward trend looks set to continue.

Pomroy explains: “The main benefit for Unibet has come from being able to have complete say over promotions, how loyalty budget is spent and how we try to attract players.  We’re now more focused on attracting and rewarding casual and losing players and know that we can make that profitable.

“Under a network model that’s a lot harder to do as nobody wants to be the brand spending high on marketing to bring in new players while other operators maximise their revenue.”

Still about the skill?
When asked if the balance between the skill-based and recreational elements of poker is shifting, he raises an interesting parallel with esports. “It’s shifting in the sense that it opens the game up to a new type of player and that can only be a good thing.

Poker is a timeless game for a reason though and the skill-based element will always draw a huge crowd, particularly nowadays at a time when esports is really taking off.”

Perhaps Pomroy has a point – after all there are plenty of pure luck games available and it’s the skill-based element of poker that has traditionally set it apart from RNG offerings.

But there’s no doubt that poker operators have struggled to keep both the sharks and the fish of poker happy, and although across the board operators do seem to have taken big steps towards de-incentivising professional players in recent years — Stars’ revamp of its reward system in July is a good example — it hasn’t been enough to return poker to its glory days.

Although changing the promotion and bonusing structure has also been part of the strategy at 888, it decided it needed to go further in levelling the playing field between pros and casual players and this was the rationale for Flopomania, says Shakkir.

“The good players know how to play the pre-flop and pretty much eliminate all the other players from the table, leaving just one player.

So in Flopomania all the players get to see the flop so it completely changes the dynamics of the game because now even if your hole cards are not good, sometimes the flop can completely change your luck or your chances to win the hand.”

At GVC-owned PartyPoker, head of poker Tom Waters says, however, that they take a different approach to attracting recreational players.

“We have a strong focus on a health ecology — random seating, anonymous hand histories, for example — and are working hard to abolish the seating scripts and BOTs that have been a thorn in the side of online poker sites for a  long time now.”

Waters says PartyPoker is focusing on its core elements rather than new variants of poker. “Our growth forecasts come from existing game types and we are looking to grow our player base using these games rather than shift our focus to the more casual jackpot/lottery style games that require less skill.”

Opinion is somewhat divided on whether or not tinkering with the core game of poker is really the key to bringing back the much-coveted recreational players into the game. But with revenues creeping back up for many of the operators focusing on the vertical even before the European liquidity pooling comes into play, things are definitely looking up for poker.