3 minutes read
As Gaming Realms moves towards profitability by concentrating on its own games, iGaming Business spoke with chief executive Patrick Southon. 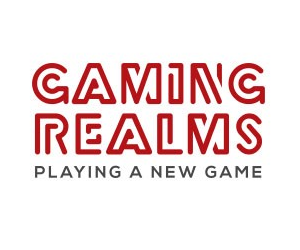 Developing its own content takes time and doesn't generate profits as quickly as third party content strategies but will give Gaming Realms “the point of difference for growth further down the line”, chief executive Patrick Southon told iGaming Business.

While revenues grew by more than 60% to reach £34m in 2016 and EBITDA loss stood at £1m, Southon explained that the group had “been investing heavily in building our own content, which is expensive and if we hadn’t done that we would have been more profitable sooner but then we wouldn’t have the point of difference for growth further down the line”.

The company is positioning its products at women aged 25-35 who use mobile and basing around its flagship product Slingo.

Gaming Realms will target an entertainment-focused audience through Slingo, trying to get more female consumers, create more entertainment(-led) gambling games, which in the past was bingo and is now a mix of bingo, slots and real money and social gaming.

Southon said Gaming Realms had “stopped investing in old social apps that we bought off RealNetworks and now we are building our own unified games. Before we had real money games and social games and they were different and we have managed to build our content pipeline, so we are building the same games for both audiences because the end user is roughly the same demographic.”

The company focuses on modern technology and designs its content around people's playing habits by making it responsive to them, to highlight suitable games and differentiate in a very crowded market, especially when it comes to mobile and the restricted real estate on mobile screens, explained Southon.

“We have unique games, which helps retention, and have tools which offer individual bonuses, we also have deals with TV brands such as Britain's Got Talent and XFactor,” he added.

Although TV-branded versions of the company's games help acquisition, and work very well in the short-term, in the long term the company wants to build up its Slingo brand. The company also recently launched licensing in New Jersey.

“It is cost effective to offer the games as you just integrate into the existing casino operators. We get the smaller percentage of a bigger pie. We will be announcing a lot more licensing deals as part of our strategy rolling through.”

Looking at the UK, the chief executive said profitability was the aim: “We want to continue our growth and keep investing, we won't get 100% growth in real money games again, but we are reaching maturity as a company.”