Germany’s 16 states have jointly approved a new federal gambling treaty that could lead to an expansion of the country’s sports betting market. 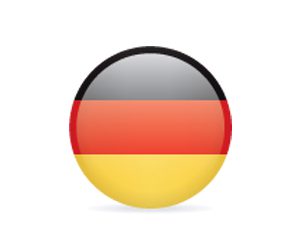 Germany’s 16 states have jointly approved a new federal gambling treaty that could lead to an expansion of the country’s sports betting market.

Due to take effect from January 2018, the State Treaty on Gambling would lift the controversial cap on the number of sports betting licences that are on offer to operators wishing to offer services in the country.

The new treaty also sets out plans for stricter enforcement against unauthorised operators, as well as the possibility of legalising online casino gambling activities in the future.

However, the approval comes despite the heavy criticism from the European Commission (EC), which earlier this month said the treaty was “not a viable solution” to issues highlighted in the failed 2012 treaty.

The treaty also still requires ratification from each German state, and lawmakers in Schleswig-Holstein, a long-time supporter of online gambling, have said that the treaty is unlikely to be approved.

The EC has now called on Germany to accelerate the legalisation of other online gaming formats in order to help provide more protection for consumers in the country.

However, the German Sports Betting Association (DSWV) said the approval was a “small step in the right direction”, while member operator mybet said that it “welcomes the efforts to regulate the German market in total”.

In a statement, mybet added: “As a member of the DSWV the company supports the offer by the association to start a dialogue with politicians to develop a mutually satisfactory sustainable solution.”