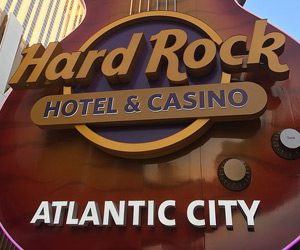 Gaming Innovation Group (GiG) says it is now “a force to be reckoned with” in the fledgling US betting market after announcing it will launch Hard Rock’s mobile sportsbook before the end of the year.

GiG must first go through the formality of receiving certification to offer sports betting by the New Jersey authorities before the Hard Rock sportsbook can begin accepting wagers.

The announcement comes just weeks after GiG confirmed the completion of its Sports Betting Services product and the addition of its first B2B partner, 11.lv.

Endre Nesset, GiG’s director of sports, told iGamingBusiness.com that the strength of its newly-launched wagering product and the successful development of Hard Rock’s online casino helped it beat off rivals to secure the sports deal.

“We have a proven track record with Hard Rock with the successful launch of the online casino earlier in the year,” Nesset said.

“We have spent the past two years developing sports betting products with the latest technology to ensure the operator has all the tools they need to manage risk, create their own markets and a front-end solution which offers the best user experience.

“Couple this with our ability to solve problems using innovation with Hard Rock’s product vision for the US, we are going to be a force to be reckoned with.”

Technology companies such as Kambi and SBTech have already achieved major wins in New Jersey in what has become a focus for much of the world’s biggest gambling firms. As well as its own GiG-powered sportsbook, Hard Rock will also be home to Bet365’s New Jersey operation following a partnership signed in July.

Later today (Friday) New Jersey is set to announce its sports betting takings during September, the first month of the NFL season. NJDGE director David Rebuck earlier this week suggested the figures would be “stunning”, which is likely to mean a significant increase on the $96m (€82m/£73m) taken in August.

Meanwhile, GiG has also today announced the completion and soft launch of its first-ever in-house developed game, ‘Wild Reels’. The slot has been developed by its new GiG Games team, which is part of its casino division.

From launch date until end of H1 2019, GiG expects to have launched a total of six to eight games and to launch a number of additional games through collaborations with external game studios.