The Hard Rock Hotel & Casino Atlantic City in New Jersey has rolled out its new land-based and online sportsbook in partnership with Gaming Innovation Group (GiG). 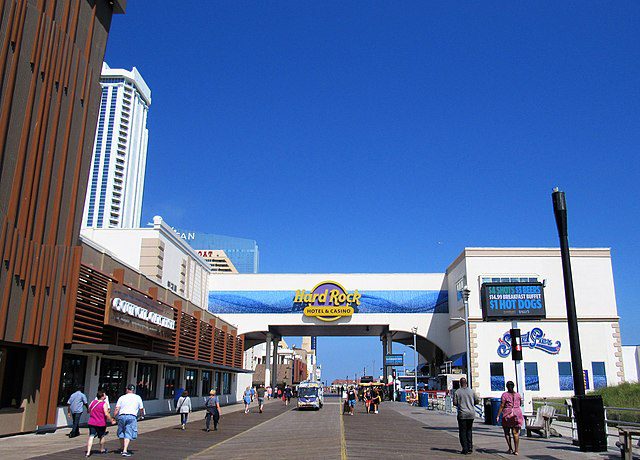 Consumers in the state can now place sports wagers via the HardRockSports.com website and the Hard Rock Casino mobile apps, as well as in-person at the Hard Rock casino.

Betting options are available across a host of sports including American football, basketball, baseball, ice hockey and football. Punters can also bet on US college sports events, excluding those that feature New Jersey-based colleges and are taking place in the state.

Hard Rock has been testing the sportsbooks in recent days, having said that it hoped to launch the new services during the first quarter of 2019.

“The launch of the sportsbook at HardRockSports.com is another milestone on our journey to becoming the most innovative and comprehensive online gaming service for players in the State of New Jersey,” Kresimir Spajic, SVP of online gaming at Hard Rock International, said.

“Sports are integral to New Jersey’s culture and HardRockSports.com provides fans with the best platform to bet on their favourite teams and sporting events.”

In October, GiG, which already powers the Hard Rock online casino offering in New Jersey, signed a letter of intent with the casino and hotel operator for the launch of a sports betting product in the state. It was announced that Hard Rock will have the full suite of GiG sports betting services at its disposal, including GiG Sports Connect, GiG Trader and GiG Goal.

GiG was given approval to operate in New Jersey by the state’s Division of Gaming Enforcement (DGE) last June.

The launch of the sportsbook comes ahead of this weekend’s Super Bowl, the showpiece, season-ending event of the NFL American football league. The Los Angeles Rams play the New England Patriots on Sunday at the Mercedes-Benz Stadium in Atlanta, Georgia.