Videoslots CEO Alex Stevendahl explains how the website used a simple social gaming concept to create its Battle of Slots game and carve out a niche for itself in a crowded marketplace. 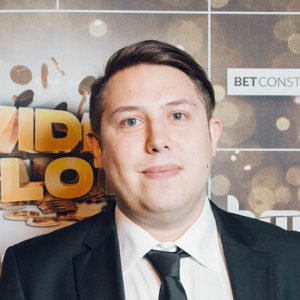 Alex Stevendahl, CEO of Videoslots, explains how the slots website used a simple social gaming concept to create its Battle of Slots game and create a niche for itself in what has become an increasingly crowded marketplace.

iGaming Business: Videoslots has managed to carve a foothold in a highly competitive online casino space, helped by Battle of Slots. What was your background prior to Videoslots and how did the idea for Battle of Slots come about?

Alex Stevendahl: My introduction to the industry came via poker. It all started with my first €400 salary, which took a month to earn and not much less to lose! I never liked losing so I invested in a book about poker which I read from cover to cover. It was probably the first book I have ever read, but it certainly paid off.

I started putting my knowledge into action on freerolls, gradually moving up to medium stakes poker after a year of building my bank balance up. I probably won more than $200,000 in my first year, but I then ended up losing more than half of that in one bad night.

As I became more involved in the poker scene, I moved into affiliates. I had already built up a wealth of contacts and having previously earned money from rakebacks, I managed to get them to sign up. It was an area that really took off when I started to get into SEO.

I wanted to know why I wasn’t at the top of Google, and pushed day in, day out to make sure I got there. It was this kind of hunger that has got me to where I am today and I have brought a lot of my poker expertise with me to Videoslots.com. That can clearly be seen in Battle of Slots, whether it be the chat function used by thousands of players, or the freerolls we give away on a regular basis.

iGB: Battle of Slots is obviously part of a wider gamification strategy. In which other ways do you implement this at Videoslots?

AS: Battle of Slots highlights just how Videoslots thinks as a brand, and is a great example of what we have achieved and what we can still achieve going forward. We also set a precedent for slots race games, which we launched three years ago. This gives players the chance to go head-to-head as they tally up their game play while playing their favourite slots.

This was another ‘sociable gaming’ idea that originated from my poker days and one that was designed to make the whole experience more entertaining for players; now many operators have followed suit. It can be frustrating to see your rivals profit from your ideas, but it’s also a sign that we are doing things the right way when it comes to gamification.

iGB: Have you actually benchmarked the impact of Battle of Slots and these other measures on KPIs such as time on site, average spend, LTV, etc?

AS: To be honest, we haven’t really. Our focus has been and always will be on player experience, so we tend to put all our attention into the front end to ensure what they see is aesthetically pleasing and entertaining. We are looking to enhance this further with a very exciting soon-to-be-launched function which will allow players to see a full history of their gameplay including win percentage, number of spins, and their success on different slots.

This will allow players to see which games they are most successful on so they can look to replicate that playing style again, while also recognising which games they aren’t so lucky on. It will also show them their RTP per game session. It is a style of statistical analysis that is common in sports betting but pretty much unheard of in casino. That is all about to change.

iGB: You claim to be the largest online casino, offering 2,000+ titles from 45 providers. Does this kind of scale provide an actual material advantage in the marketplace?

AS: Everybody has their own tastes when it comes to slots titles. Some are loyal to particular providers, while others have their favourite themes or types of slots. We want to create a one stop shop for slots, and we let our players decide which are most successful and prominent on our site.

Our unique algorithm means the most played titles are always the first on our home page. We make sure we are completely impartial when it comes to suppliers and this algorithm allows even the smaller providers to fight it out with the big guns. It is up to the players to decide what they want to play, not us, or an influential supplier.

I think the most surprising thing is that despite having more than 2,100 slots, we have a very small percentage of games that see minimal action.

iGB: You pride yourself on your player-centric approach – in which ways do players feedback, input and inform what you do at Videoslots? What are the main channels of communication?

AS: We’re always open to customer feedback, whether it’s through our social media channels, on gaming forums or even at events where we are showcasing our work. We listen to every single piece of feedback we receive, whether it’s good or bad.

It’s important that the players are listened to because at the end of the day they are the ones we need to impress. We also put a lot of our resources into social media outreach. It’s an area in which we have enjoyed great success in recent times, particularly in places like Finland and Norway.

Last year, we launched a campaign to find a Santa Claus to appear at our Christmas party in Malta. All candidates had to do for a chance of winning flights, accommodation and a €10,000 prize was enter a video of them dressed as Santa. That campaign proved priceless as it was picked up by a Finnish newspaper and website, where advertising is off limits to betting establishments.

iGB: Sweden is one of your largest markets. What is your view of the proposed re-regulation there? Does it represent a viable framework for an operator of your size?

We are big supporters of regulation, as it provides a safe and secure environment for operators and players. We will certainly apply for a licence in Sweden, as will many of our rivals. It will then be up to us to make it a success, but we have proved we can cut it with the big boys in other markets, so there’s nothing to put us off doing it again.

I just hope, as all operators do, that they don’t kill the golden goose with taxation and too much red tape.

iGB: You recently acquired a UK licence and entered the market. How steep has the learning curve been, and how have these lessons and insights from UK players (re)shaped the strategy at Videoslots?

AS: We have become hugely successful in Scandinavia over the last few years, but we knew making a name for ourselves in the ultra-competitive UK market would be a much tougher task. However, it was never one we were going to shy away from. It’s certainly a huge market, but players within it tend to have numerous accounts which they play on a regular basis, making it seems bigger than it is.

We haven’t pushed much advertising towards the UK at all and yet we have been pleasantly surprised with the number of sign-ups we have had since acquiring our licence. In fact, figures suggest the UK will overtake Scandinavia to become our biggest market by the end of the year. That’s pretty impressive from a standing start with minimal advertising. Players must really like what we’re doing.

iGB: The UK is set to extend the point-of-consumption tax to gaming bonuses from 1 August, including free spins. How much of a concern is this for Videoslots, and how will you be looking to avoid/mitigate the impact? Will you be looking to pass some of the cost burden onto affiliates?

AS: We are not an affiliate-driven operator, so it won’t affect us in the same way as it will others. However, it’s the players who will suffer overall as removing free spins means removing the fun and entertainment factor in gambling. This could even see a rise in problem gambling as by punishing the social player they are targeting the wrong kind of gambler.

iGB: You have managed the difficult first step of establishing a niche/foothold in the online casino space. What are you finding to be the biggest challenges as you look to consolidate and scale from here?

I like to think we are past the hardest challenges now. We have already surpassed many so-called big operators and in my opinion, they are the ones which face the challenges in the coming years. Gambling has always been a social and entertainment offering for us and as the market heads more and more into that mind frame, it’s up to other operators to ensure they can react to that.

Our main challenge is to ensure we continue to offer our players the latest slots and gamification functions in order to keep them thoroughly entertained at Videoslots.com.