The International Betting Integrity Association (IBIA) has reported a 52% year-on-year increase in suspicious betting alerts in the third quarter, with football and tennis accounting for two thirds of cases in the period. 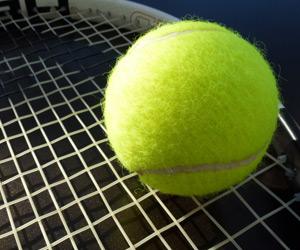 A total of 76 alerts were registered in the three months to 30 September, up from 50 in the same period last year and 31% more than in the second quarter of 2020.

Football and tennis each generated 25 reports, together accounting for 66% of all cases recorded during the third quarter.

Some 14 reports were filed in relation to suspicious betting on esports, as well as seven for table tennis, two each for basketball and bowls, and a single report for cricket.

IBIA secretary general Khalid Ali said the increase in reports had been expected, given the resumption of many sports events after the novel coronavirus (Covid-19) lockdown that saw fixtures during the first two quarters of 2020 cancelled.

“IBIA’s figures also reflect a growing membership – we have announced four new members so far this year and further announcements are imminent – which in turn increases the association’s global betting market monitoring coverage.

“IBIA will continue to work closely with key stakeholders on betting integrity issues and also in related areas such sports data collation and customer dispute resolution.”

Europe remained the primary area of concern for the IBIA with 34 of all reports in Q3 coming from the continent, 13 of which were for tennis, 11 for football, seven for table tennis, bowls with two and one for cricket.

The highest number of cases were in Russia, with the country responsible for six reports in Q3, ahead of the Ukraine and Germany on four each.

Asia saw 15 reports in Q3, with 13 in relation to football and two for basketball. Turkey and Vietnam saw four cases each in the quarter, all of which were for suspicious football betting.

North America had 12 cases of suspicious betting, all of which were for tennis in the US, while South America had a single football betting report in Brazil. The IBIA did not record any reports from Australasia or Africa in Q3.

For the year to date, the IBIA has recorded a total of 195 suspicious betting alerts on sports from around the world.