Panelists discussed the future of lotteries, hyper-competitive markets and opportunities for affiliates on the second day of ICE Africa Digital 2020. 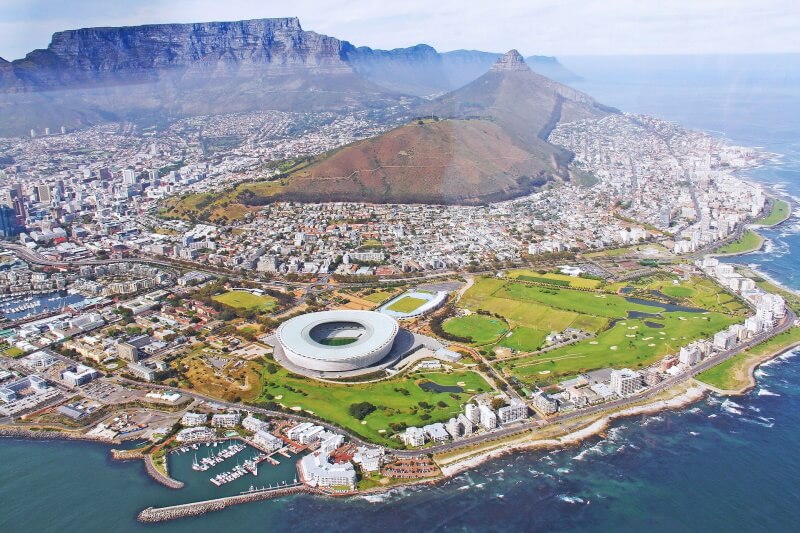 Adekunle Adeniji, managing director of BetBonanza and Alessandro Pizzolotto, chief executive of STM Gaming, discussed how operators can establish their brands and differentiate their products in “hyper-competitive” markets such as Nigeria.

The session began with a discussion of the effects of the novel coronavirus (Covid-19) pandemic, which Adeniji said affected African gaming markets in a different way to many European markets.

He said the largest increases in play during lockdown came in esports games that resembled traditional sports, such as FIFA,  which tapped into the popularity of football and lack of traditional sports action.

“The last six to eight months have been crazy as we all know, and retail here, like many other places, was shut down and everyone went online,” Adeniji said. “In Nigeria people were playing Fifa, people love football and they were playing out the same games from the league on Fifa.”

On the other hand, he said the growth in online casino play was not nearly as rapid as it had been in some other regions, which he said was due to the fact that few operators offered online casino products that functioned well on the mobile phones that are more common in Africa.

“During the lockdown there was a lot of growth online with all products, but I think the issue with casino from the beginning, why it has not done quite as well here, is that casino has a lot of graphics,” he said. “Unless you strip it down, so it can be played on mobile phones, and when we say that we mean low-end mobile phones, most people aren’t going to play it.”

Pizzolotto, meanwhile, gave his overview of major African markets including Nigeria, which he said needs to see more innovation from new entrants.

“Especially in Nigeria, which is our biggest market, the young operators are not willing to take risks,” he said. “They want to copy Bet9ja but become better, but if you’re just copying the bigger players, you will never be better. If somebody invests a million and you invest 100,000, how are you going to beat them at their own game?”

Adeniji said that, if an operator or supplier want to learn how to be successful in African markets, rather than looking at what has worked before, it should listen to potential customers.

“Look at Nigeria, it’s not been an active market for more than 10 years right now,” he said. “It’s very early. So a provider should put their ears down, listen to the people and find out what they really want.

The focus then shifted to lotteries, with a panel moderated by Philippe Vlaemminck of Pharumlegal. Panelists discussed the future of lotteries on the continent, one of the most traditionally successful verticals.

The panelists were quick to point out that it was important for a lottery product to be tailored to the specific market it is for, rather than attempting to roll out a product across Africa.

“There have been people who’ve tried to translate South African games for Nigeria and it just didn’t work, people just didn’t accept it,” Dawid Muller, co-owner of  lottery and gaming management and support services company Division One.

Wojtek Szpil, lottery and betting consultant for the national lottery of Burundi, added that no matter how well-suited a product seems to be for a country, there is usually still more fine-tuning to be done.

“National lotteries in Europe are different across Europe too and you can find those differences in Africa,” he said. “The sales and marketing needs to be tailor made for the people who are interested in that product.

“Even in Burundi, there is a young population with a huge willingness to play, but we really needed to fine tune some things such as the price and especially the communication model which seemed like it would have been tailor made for Burundi, but there was always more fine-tuning.”

The panelists added that a strong regulatory framework was a necessary ingredient for a strong lottery. This, Muller said, was lacking in some countries.

“But what I’ve found in the rest of Africa is that they do not have a strong legal or regulatory framework and the environment is filled with, with all due respect, bad guys.”

Michelle Carinci, managing director of Lottotech, added that close contact between regulators and operators would go a long way to ensuring the regulatory environment is healthy.

“Sometimes regulators are worried about getting too close to operators, but there are really good examples all around the world where that can be done,” she said.

The discussion comes as South Africa looks set to launch its fourth National Lottery request for proposals. Muller said he didn’t anticipate the terms to be particularly restrictive or different from the previous iteration.

“I don’t think we’ll see many new things in terms of elements of the lottery, but there are some key things the government will pursue,” he said. “But the last RFP didn’t discourage many people from proposing and I don’t think this one will.

“The first RFP came out in 1999 and was very much based on the UK model. The second was very much along those lines and then the third one started adding more government incentives because by then the South African government could build on a proper foundation.”

For the first time, ICE Africa included content from iGB Affiliate in the main content stream. This saw AffiliateInsider chief executive Lee-Ann Johnstone moderate a discussion on the opportunities available to affiliates on the continent.

The speakers contemplated the size of the opportunity for affiliates in Africa and where the key opportunities lie. Individual consideration of jurisdictions was considered essential to success, and understanding the variance of market development between more developed markets in Kenya and Nigeria, and those further behind in Uganda and Ghana.

In Kenya and Nigeria, affiliate marketing is nothing new, but in other markets there is very little knowledge about the model.

A key driver in these markets will be internet penetration, the panel agreed. Currently, they said, a lot of traffic comes from WhatsApp and Telegram groups, however this is vulnerable to scams and therefore has not built broad trust among players.

It was pointed out that it is often better to have an official platform where, for example, players can make a complaint if something goes wrong.

The panellists were also in agreement that education would be key. While affiliate marketing would see huge growth in Africa the market had to be educated on how it works practically, and helps operators earn money.

This meant that affiliates should look beyond simply offering bonuses to players, and look at creative solutions such as discounts for retailers.

This, the panel said, was important as land-based retailers remain a key driver of gaming sales. That in turn means affiliates have the opportunity to tap into this land-based market.

A key consideration for the growth of the market will be the conversion of this retail gaming activity to online, how to do this is still being figured out.

The panel considered questions of player value in Africa and how to build a sustainable affiliate business in key jurisdictions.

In the discussion, panelists explained that the quality and value of traffic depends heavily on the jurisdiction, it is not right to compare European and African countries as the markets are at such different stages.

They added that for sustainable growth, affiliates need to think of their long-term strategy: African jurisdictions should not be considered an opportunity to make quick money, but to build a sustainable business, the panelists said.

Understanding of the markets should be as granular as possible and player values, marketing methods and customer behaviour in each individual jurisdiction should all be taken into account, the speakers continued.

Affiliates should also consider which payment models are available – many African operators are unwilling to offer CPAs, but may work with revenue shares and, eventually, when trust has been built, may move to a hybrid model.

The panel noted that trust in operators and affiliates by players is relatively low as the market converts to online and mobile. As a result, trust in the market, in both directions, is a key element to be developed..

Affiliates should consider different languages for the markets they are aiming to work in, with key languages being French, English and, to a lesser extent, Portuguese.

The speakers were confident that in the long term, investment into African markets will pay off. With a young demographic of over a billion potential players, the key is to play a part in the development of the mobile and online industries as technology penetration grows throughout the region.

Affiliates need to build a volume of players first and the value will follow, the panelists concluded.

ICE Africa Digital continues today (29 October), with discussions focused on new markets on the continent, handling regulation across jurisdictions and partnerships with local businesses. Register here for the opportunity to hear from some of the leading regulators, operators and suppliers on the continent, and to listen to yesterday’s sessions on-demand.