2 minutes read
The 2017 iGaming Super Show welcomed Dr. Craig Wright, who some believe is Satoshi Nakamoto, the creator of bitcoin, to hear his talk on the world's leading cryptocurrency. 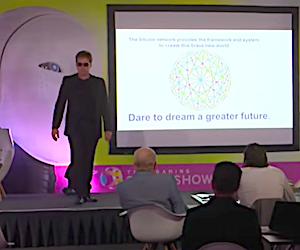 Bitcoin is the one cryptocurrency that has caught the attention of both public and mainstream media throughout the world and Dr. Craig Wright has been one of its key proponents.

It should be no surprise that he should be such an advocate of bitcoin, since some believe he is actually the real Satoshi Nakamoto, aka as the creator of bitcoin.

Whether he is or isn't the real Nakamoto, iGaming Business was delighted to welcome him at the 2017 iGaming Super Show that took place earlier this month in Amsterdam; where he explained how bitcoin was just the starting point of a technological revolution that will upend much of what we have experienced so far.

Analysis: Traditional factors will dictate how far bitcoin can go in igaming

But in many ways Wright's theories and beliefs seem to be as much social and cultural as they are technological.

The bitcoin-backed society he describes and envisages is a new paradigm enabled by the cryptocurrency, which would go far beyond being just a payment mechanism and would effectively be the technological architecture of this brave new world.

For Wright, the computational power, still massively under-exploited, that is at man's disposal is what should be used to bring freedom to societies so that they can fulfill the potential that is at their disposal.

Click on the video below to watch Craig Wright's presentation at the 2017 iGaming Super Show.