bet365’s annual marketing spend could be as high as £426m if its advertising budget matches the UK sector average reported in the latest iGaming Business Market Monitor. 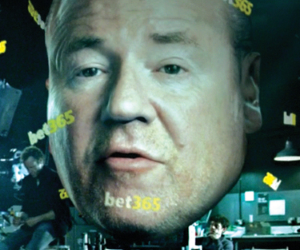 bet365’s annual marketing spend could be as high as £426m per year if its advertising budget matches the UK sector average reported in the latest iGaming Business Market Monitor.

The Market Monitor is your quarterly analysis of the igaming sector in key markets such as the UK, Australia or Spain and the breakdown from the latest edition shows that the UK’s leading listed igaming companies spend on average 27.3% of their revenues on marketing.

If that figure is applied to the Stoke-based operator's revenues of £1.55bn to the end of March, a marketing spend of £426m could be feasible.

It’s worth pointing out that as one of the industry’s biggest brands, bet365 likely spends a lower portion of its revenues on advertising than its rivals and thus could be spending significantly less than the sector average.

But with advertising such a crucial component of operators' strategies, the figures give a clear picture of the budgets required to compete at the top.

The Market Monitor is a quarterly update of key igaming markets and is part of the iGaming Business Intelligence Centre subscription service.

Apple, for example, is often held up as an example of a company that has such strong brand recognition it barely needs to advertise – the world’s most valuable brand spends a tiny 7% of its revenues on marketing.

But gaming operators have always faced higher marketing costs than other e-commerce sectors, with recent data suggesting that on average, those costs account for about 25% of an online operator’s revenue base.

This compares to an average across other industries of 10.2%, according to a Gartner survey conducted at the end of 2014 of more than 300 firms in the US, Canada and the UK.

The UK market is so competitive that some of the firms analysed in the Market Monitor were spending more than a third of their revenues on marketing — Ladbrokes was the highest spender at 35%, with 888 just behind at 34.5%.

Ladbrokes had upped its marketing spend by a dramatic 78% in the first half, while marketing costs rose 34% at 888.

Figures compiled by Nielsen for The Guardian earlier this year revealed that gambling companies had increased their TV advertising spend by 46% over the past four years, with an annual outlay of £118.5m in 2015, up from £81.2m in 2012.

Bet365 surely contributes heavily to this total with its ubiquitous Ray Winstone ads, although the exact percentage of its overall marketing budget this makes up will remain a matter for speculation while the operator remains unlisted.

The Market Monitor is a quarterly update of key igaming markets and is part of the iGaming Business Intelligence Centre subscription service.