The Indiana Senate has passed a bill that would legalise sports betting in the state, with the House now set to debate the legislation. 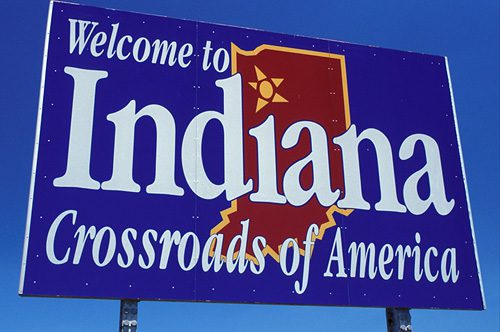 The Indiana Senate has passed a bill that could lead to the legalisation of sports betting in the state, with the House now set to debate the legislation.

Senate Bill 552 would allow licensed casinos across the state to offer wagering services on both professional and college sports as early as next year.

The Senate approved the bill by a vote of 38-11, allowing the legislation to move forward to the House for further discussion. The bill has already gained approval from the Senate Public Policy Committee.

The bill remains subject to amendments, but the current version states Indiana casinos would be permitted to offer sports betting in person or online to punters who are at least 21 years old. It would also allow for live table games to feature at racetracks from as early as this year.

However, the bill would not allow betting on esports contents or any high school or youth sports events.

In addition to sports betting, the complex bill covers a range of subjects related to the gambling sector, including applications for a Terre Haute casino licence and a possible inland relocation of the city of Gary’s Lake Michigan casino.

Senator Jon Ford of Terre Haute, who is co-sponsoring the bill with Senator Mark Messmer, said that tax revenue estimates for sports betting would be between $3m (£2.3m/€2.6m) and $18m per year.

This would bring a welcome boost to the state’s casinos, which last year posted collective revenue of $442m, down from $680m in 2010, according to official figures.

Senate Bill 552 has already gained the support of the biggest sports properties in the state, in the form of the Indianapolis Colts NFL American football team and Indianapolis Motor Speedway, which hosts the annual Indy 500 motor-racing event.