Simon Hammon tells us the story behind a new partnership between Relax Gaming and Casino Grounds, the casino streaming community… 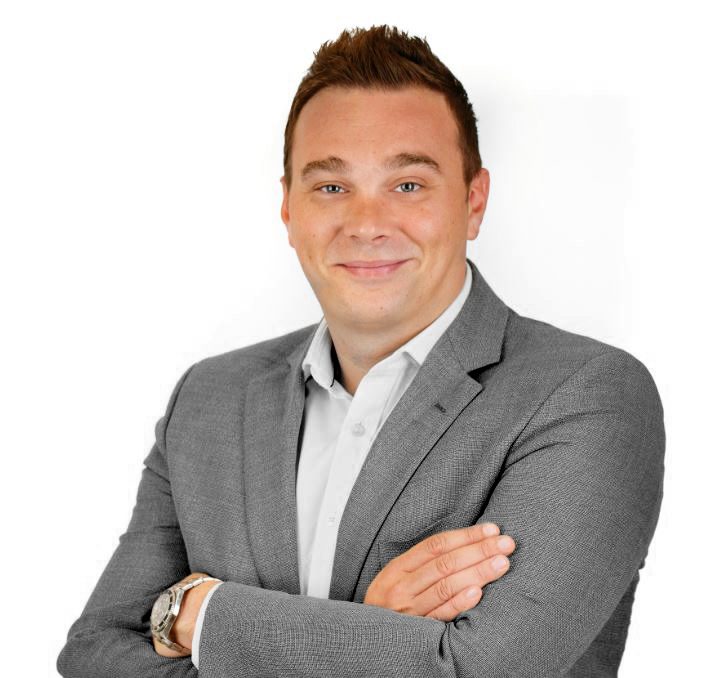 Simon Hammon, CPO of Relax Gaming since 2018, has been instrumental to the success of the company’s aggregation services and proprietary content portfolio. Under his leadership, Relax’s casino proposition has cemented a strong reputation for driving studio and partner growth, delivering unmatched speed to market along with rapid, simple integration.

Iron Bank, a new release from Relax Gaming, may look like another quality slot from the makers of Money Train 2 and Temple Tumble, but this title’s development points to a new direction for the B2B supplier and the wider industry.

Players can look forward to a heist-themed six-reel, four-row online slot that is beautifully designed, with fun characters and 4,096 ways to win.

While Relax’s success in recent years has been inspired by in-house expertise from the robust and agile underlying tech, through the unique maths, polished design and savvy marketing, this new game has been custom-built for casino streamers. It is the vision of Casino Grounds, one of the leading platforms within this increasingly influential affiliate community, and is designed to their detailed requests.

Simon Hammon, Relax’s Chief Product Officer, said it was actually Casino Grounds who initiated the joint project, with the two companies having already developed a relationship through the latter’s testing of the studio’s games for some time.

Hammon said: “Streamers are generating millions of minutes of airtime, and if a game is a hit amongst them then its chances of doing well significantly increase. The value here can’t be underestimated.

“There’s never really been a requirement for a relationship between supplier and affiliate, but times have changed. Some operators are very much in tune with streamers and others are just discovering them.

“We decided some time ago that we wanted to work closely with streamers and influencers wherever the products allow, and Casino Grounds has provided such a valuable avenue for testing our content. We’re more than flattered that Casino Grounds trusted Relax with this project as it’s no secret that they’ve been approached many times before.”

With casino streaming having seen a huge increase in popularity in the last 12 months, Hammon said Relax was keen to see how the strengthening of this partnership could enhance its content and its standing in the online casino community.

He added: “They know what they like and what players respond to, so they’re bringing in real expertise and a fresh approach. They’ve done a bit of consultancy work before, but this was their first foray into the fully-fledged development of a game.

“The potential for game performance was naturally one reason behind our interest in the project, but more important was the valuable insight it would provide into what players want and the chance to really engage with the community.’’

Earlier this year, Relax’s team of experts, responsible for dozens of hit titles, and Casino Grounds’ 17 streamers began the process of collaborating on the development of a new game. Everything was up for discussion from aesthetics to characters and bonuses.

Hammon likened the process to the creation of branded games, whereby a developer will work alongside a rights owner to ensure their preferences are considered. However, this was a much more hands-on process.

“The Casino Grounds guys were far more involved,” he said. “Rather than perhaps being assured about the use of a brand, they were concerned with playability and the way the game works. Their input was invaluable.

“Everything was up for grabs. We actually had three or four working titles for the production before Iron Bank was finally decided upon. There were discussions on all aspects from design style to humorous inclusions, characters, hidden personal touches and mechanics. There were some very interesting comments on the timing of interventions down to minute fractions of a second.

“These are people who play slots for a living so the feedback loop was certainly two-way. We firmly believe that to create a great game, you have to really listen to feedback and be humble enough to take both the good and the bad on board. End-users often identify flaws so much more clearly than the producer, which is partly why this collaboration has proved so valuable.”

Iron Bank will go live in early November, and Relax is excited about its prospects after recent smashes such as Money Train 2. Hammon is certainly a fan, as are many of Relax’s operator partners.

“I was actually playing it last night,” he said. “This game has three features, and interestingly there was a range of opinions as to which were best. I’m really enthused by that as it shows that it has the potential to appeal to different people.

“While there won’t be any advance playing of the game, the Casino Grounds streamers will be building it up and teasing its launch so it’s got a good chance of creating a buzz. The operators have given positive feedback about the game and the story of its development. Most operators see these projects as exciting.”

The growth of casino streamers has the potential to impact the industry, with opportunities to build up a new release and influence its success. Hammon is interested to see how it reshapes the relationship between developers, operators, affiliates and players.

“We’re open to more such collaborations, but a lot depends on the business case,” Hammon added. “We have already been approached by many other affiliates and streamers but it has to make sense. Ultimately, we’ll soon see how the wider player community receives the game.’’