Antonios Kerastaris, chief executive of Intralot, said the company was able to achieve “aggressive organic revenue growth” during the three months to September 30, with full-year results set to benefit. 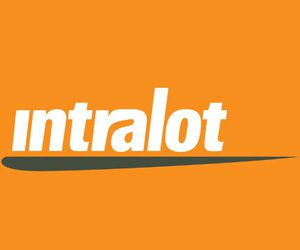 Antonios Kerastaris, chief executive of Intralot, said the company was able to achieve “aggressive organic revenue growth” during the three months to September 30, with full-year results set to benefit.

In a trading update, the gaming operator said revenue in the third quarter amounted to €320.6 million ($340.5 million), up 16.2% on the corresponding period last year.

However, Intralot said that gross profit was down 5.7% year-on-year to €49.1 million, while earnings before interest, tax, depreciation and amortisation (EBITDA) fell 14.3% to €35 million, with the latter a result of a €7 million shortfall in the firm’s parent company.

As a result of significant revenue growth in the third quarter, turnover for the nine months to the end of September totalled €957.5 million, 7% more than at the same point last year.

While EBITDA fell in Q3, the result for the year-to-date was more positive for the company, with the €123.9 million posted at the end of September 2.4% more than last year.

“Intralot Q3 was marked by aggressive organic revenue growth, as a result of the company’s strategy for launching new products and services and reaping fruits of new projects.

“Recent milestone developments of a successful early refinancing of a €250 million bond in September with significantly better terms that led to cumulative savings of up to €65 million savings in debt-servicing costs and extension of maturities to 2021 combined with the collection of $68.7 million in cash from the disposal of 80% of our operation in Peru have drastically improved our financial position and capacity to meet our targets of significantly reduced net debt and improved cash position by the end of 2016.”

The company will retain a 20% stake in the business and continue to provide technological services and solutions to its operations.

Intralot operates numerical games and sports betting in Peru through a network of 3,700 points-of-sale and online.

The firm said the transaction is in line with an ongoing strategy, “to create, in selected countries, strategic partnerships with strong local partners that offer substantial synergies and local market know-how, strengthening the development of the local business”.