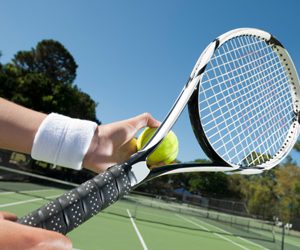 Ayoub Chakrouni received a lifetime ban in addition to a $10,000 fine, while the other five offenders were banned for a combined total of 48 years.

Mohamed Zakaria Khalil, Soufiane El Mesbahi and Yassir Kilani all received nine-year bans along with a $5000 fine. Anas Chakrouni was given a ten year ban and a $5000 fine, while Amine Ahouda’s $5000 fine came with an 11 year ban.

Anti-corruption hearing officer Charles Hollander QC found that the players were guilty of multiple match fixing charges, such as fixing elements of matches, receiving money for fixing and failing to report corrupt approaches.

The ITIA investigation found that the players’ offences were linked, and subsequently subjected the players to a joint hearing.

All players will be prohibited from playing in or attending any tennis event authorised by any international tennis governing body or national association during the length of their bans – which commenced on 13 July 2021.