The Jamaican government is to push ahead with plans to legalise online gaming in the Caribbean country. 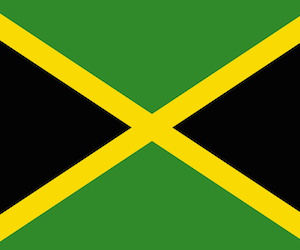 The Jamaican government is to push ahead with plans to legalise online gaming in the Caribbean country.

According to various sources, Audley Shaw, the Minister of Finance and Public Service for Jamaica, the nation’s government has already begun the process of regulating such activities.

Shaw also said that the country has held talks with a number of major investors that are interested in supporting the effort to legalise internet gaming.

“Since last year, the Casino Commission has met with two large international investors, which are now advanced in the preparation of their applications for Integrated Resource Development status,” Shaw said, according to the Trinidad and Tobago Guardian.

“With these developments, there is a lot of optimism for the growth potential of the gaming sector.”

Ahead of potential regulation, Shaw said that the Jamaican Betting, Gaming and Lotteries Commission has formed a Memorandum of Understanding with law-enforcement authorities to share intelligence.

“This is a major step in the fight against illicit gaming; we must have eyes and ears on the ground providing information on which the authorities can act speedily,” Shaw said.

“Reports indicate that illegal gambling operations are raking in an estimated two billion dollars each year; a big chunk of that money is used to fund the criminal underworld and we must band together to stamp out this phenomenon.

“It robs governments of revenues and curtails the activities of lawful entities, when they are forced to invest significant sums to bolster their internal mechanism.”