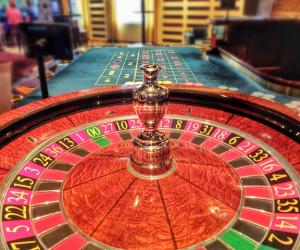 The upper house of Japan’s parliament has approved a bill that will allow up to three casinos to open in the country, despite attempts by opposition politicians to filibuster the legislation.

The introduction of so-called integrated resorts (IRs) on Friday, two days before the closure of the Diet's extended session, will enable casino operators to open at locations that also include conference halls, hotels and shopping malls.

The casinos are unlikely to open until the mid-2020s and the legislation has been passed with a number of restrictive caveats, with a poll last year by the Jiji news agency suggesting that more than 60 per cent of the public remains against the introduction of casinos.

The locations of the IRs, and the possibility of expanding upon the three initial locations, will only be reviewed after seven years. Tax will initially be set at 30 per cent of gross gaming revenue and casino space will also be capped at three per cent of the total resort size.

Residents will be blocked from visiting casinos more than three times per week or 10 times per month. Foreigners will be able to visit the casinos for free, but there will be a set price of ¥6,000 (£41/€46/$54) per visit for Japanese residents.

Local regions will now bid for the right to host one of the three initial IRs, but no timeframe has been put in place. A regulatory body to oversee the process will also need to be established.

There had been concerns that the introduction of the long-awaited IR Bill could have been derailed after the political response to tragic mudslides in the west of the country earlier this month, which caused the deaths of 200 people, understandably jumped to the top of the agenda ahead of the closure of the Diet’s extended session on July 22.

The IR Bill was supported by the government's ruling parties, including the LDP, Komeito, Nippon Ishin or Japan Innovation Party and the Party of Hope.

Advocates of the legislation have long argued that the IR Bill will provide a boost to Japan's underdeveloped MICE economy and, as a result, the country's wider economy, which has been relatively stagnant for more than two decades.

Various casino operators have already expressed an interest in entering the market following the news.

MGM responded to the news by saying it would aim to build a “uniquely Japanese, world-class integrated resort” in the country.

Slot machine manufacturer Sega Sammy Holdings, which controls 45 per cent of a South Korean resort, has already indicated it will seek a majority stake in a Japanese project.

George Tanasijevich, managing director of global development at Las Vegas Sands, told the Reuters news agency that there will be “greater focus, greater attention, more budget and more human capital” allocated towards Japan as a market.