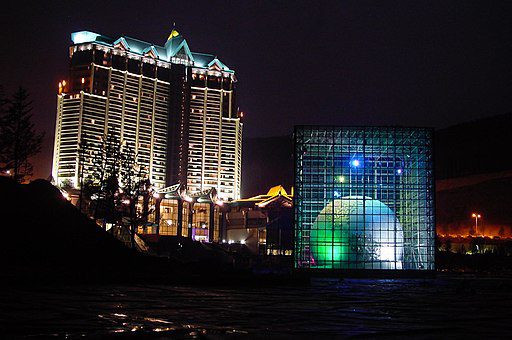 Of this total, just under half came from table games, at KRW101.8bn. Slot machine revenue came to KRW87.3bn while VIP room revenue benefited from these rooms being the first to reopen and came to KRW64.8bn. Meanwhile, KRW21.9bn was paid back out to players in bonuses.

With Kangwon Land’s casino operations closed to most of the general public for the entire second quarter, only its VIP rooms could generate gaming revenue. Therefore all of gaming's contribution came from VIP rooms, with table and slot revenue from the casino floor falling to zero. Before accounting for the KRW3.6bn in bonuses, revenue from these rooms fell 48.2% to KRW31.9bn.

Among non-gaming sources, a 92.0% decline in hotel revenue to KRW2.0bn allowed golf to be the largest contributor, as revenue stayed stable at KRW2.2bn. Condo revenue fell 64.1% to KRW1.5bn and ski revenue fell 44.2% to KRW400m while revenue from Kangwon Land’s Water World waterpark fell 99.5% to less than KRW20m. Meanwhile, the contribution from other subsidiaries dropped 73.4% to KRW200m.

The business flagship casino in Jeongseongun reopened to the public on 1 July after being closed since 23 February due to the novel coronavirus (Covid-19) pandemic.

This followed a temporary “rehearsal” opening on 27 May, which the operator said helped it identify and deal with shortcomings in its reopening plan. In addition, Kangwon land will sterilise casino chips and will place notices around its properties to remind customers to respect social distancing requirements.