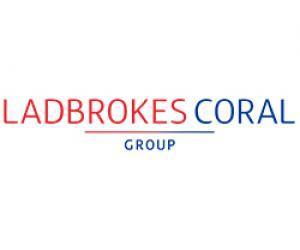 Ladbrokes Coral has said it may cut the £8m (€9m/$11m) it spends each year on sponsorship should proposed changes to fixed-odds betting terminals (FOBTs) come into effect.

The UK government is currently in the process of finalising new legislation for the machines and is considering a number of proposals.

At present, punters are able to spend up to £100 per spin on FOBT machines in land-based betting shops across the UK.

However, amid mounting pressure from various campaign groups and a number of MPs, the Department for Culture, Media and Sport (DCMS) is looking at if this maximum stake could be cut to either £2 of £50.

Ladbrokes Coral, which generates more than half of its land-based revenue from FOBT machines, said that the move would significantly impact its income and the bookmaker would be forced to make change elsewhere to combat this drop.

The firm has sponsorship deals in place across various sports, including almost £3.5m in horse racing commitments, as well as with the Scottish Professional Football League, the Rugby Football League Challenge Cup, snooker and darts.

“A severe stake cut has many implications not least on jobs, the Treasury and the sports we support,” Ladbrokes said, according to the BBC.

“Sports sponsorship is a two-way street, yes we get exposure but it also helps sports finance their entire structures right down to grass-roots funding.”

However, Ladbrokes did suggest that its sponsorship of horse-racing would less likely be at risk should the mooted FOBT changes go ahead.

“Horse racing is in the bookie DNA and some sponsorships and partnerships go back many years and have a history and association that make them very valuable and high on the list to continue,” Ladbrokes said.

Rival bookmaker William Hill has also said that it would look at making changes to its own sponsorship setup, should legislation on FOBTs be altered.

The company said its £1m sponsorship of horse racing could be “at risk” if the top stake on FOBTs was set too low.