3 minutes read
Dermot Desmond, a prominent shareholder in Ladbrokes, has failed in his appeal against the company’s planned merger with rival operator Gala Coral. 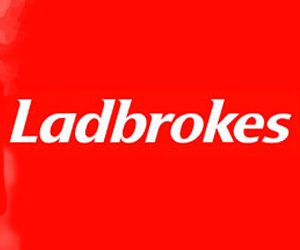 Dermot Desmond, a prominent shareholder in Ladbrokes, has failed in his appeal against the company’s planned merger with rival operator Gala Coral.

Desmond, who owns 3% of the bookmaker’s shares, had voiced his displeasure over the decision to disclose an agreement with Playtech on the day before the Gala Coral merger was announced.

The Playtech agreement states that Ladbrokes will pay the software company £40m (€51.7m/$58.6m) worth of shares on completion of the merger, as well as a number of future payments, dependent on the performance of the firm.

Desmond criticised the move, telling shareholders in November of last year that Ladbrokes “failed to adequately disclose the basis for the extraordinary payment to Playtech”, adding that it was “only in response to our requests” that amendments to the Playtech deal were published on the bookmaker’s website.

As a result, Desmond instructed his lawyer to request the UK Takeover Panel’s appeal board to hold a second shareholder vote on one of the resolutions placed before the general meeting, although this request has now been turned down.

In its response to the request, the appeal board said: “The circular could have given more contextual information about the justification for the £75m payment, but…if there had been fuller disclosure, there is no rational basis for concluding that the outcome of the shareholders meeting could have been different.”

Ladbrokes expects to complete its merger with Gala Coral in the near future, but the deal has been held up by a recent ruling from the UK Competitions and Markets Authority that the bookmakers must sell some of their shops if the agreement is to be finalised.

Meanwhile, Ladbrokes has agreed a deal to become the new title sponsor of the Professional Darts Corporation’s (PDC) World Series of Darts Finals.

Although terms of the agreement were not disclosed, it was confirmed that the deal will be in place for this year’s tournament, which takes place in Glasgow, UK, from November 5-6.

The 2016 competition will now be known as the Ladbrokes PDC World Series of Darts Finals.

The contest will feature the top eight players in the World Series rankings after the six international events in Dubai, Auckland, Shanghai, Tokyo, Sydney and Perth, with a further 16 players joining as qualifiers.

Kristof Fahy, chief marketing officer at Ladbrokes, said: “We're passionate about sport and we are constantly bolstering our sponsorship portfolio, and the addition of the Ladbrokes World Series of Darts Finals is something we're immensely looking forward to.”

PDC chairman Barry Hearn added: “Given the ever-increasing standard of darts worldwide, we can look forward with excitement to November’s tournament and another great weekend of darts in Glasgow.”