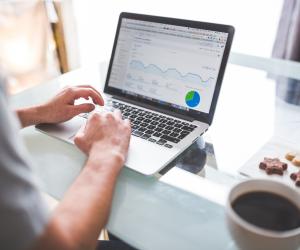 In total 70 different ads from the quartet of unnamed operators appeared on eight websites were discovered in the advertising watchdog’s latest online monitoring sweep, used to identify and tackle age-restricted promotions appearing in children’s media.

This forms part of a year-long project in which with ASA is monitoring ads served on a sample of more than 50 websites and YouTube channels with particularly large underage audiences. Once ads are identified, the ASA has contacted the advertisers to ensure the promotions are renewed, and warned them to ensure a similar breach of regulations is avoided in future.

It is focusing on ads for gambling, alcohol, e-cigarettes and tobacco, slimming and weight control products, and food and drink classed as high in fat, salt or sugar (HFSS). UK advertising regulations state that businesses should avoid exposing those aged 18 and below to ads for these products.

In total the ASA identified 159 age-restricted ads that broke the rules, served by 35 advertisers across 34 websites and five YouTube channels.

Ads for HFSS products were the most widely seen by minors, with 78 different ads for 29 advertisers appearing on 24 websites and five YouTube channels. Gambling followed in second, ahead of 10 alcohol ads for one brand, which all appeared on the same site, and one e-cigarette ad, which again appeared on a single site.

“The ASA is using technology to proactively monitor online ads to help build a culture of zero tolerance for age-restricted ads appearing on websites aimed at children,” ASA chief executive Guy Parker said. “We expect advertisers and the parties they contract with to use the sophisticated tools available to them to target their ads responsibly.

“This is just one part of a wider set of initiatives we’re undertaking to ensure children are protected online and we’ll report on our further work in this area in the coming months.”

The ASA first began using avatars that simulate minors’ internet browsing habits last year, to monitor the number of age-restricted ads seen by this demographic. Its initial sweep, the results of which were released in April 2019, revealed that ads from 43 gambling operators were served to its child avatars.

Of this number, five were found to have broken rules relating to gambling ads being targeted at under-18s, with the companies responsible accepting fault, and in some cases blaming third-party marketing partners for the breaches.

This year the ASA’s Committee of Advertising Practice (CAP) has issued a warning to operators over esports betting promotions, saying that this could be of particular appeal to minors.

However, it says that on television, underage exposure to gambling ads is continuing to decline, with promotions for the industry making up less than 2% of all ads seen in 2019. The ASA pointed out that this was due in part to changing media consumption habits, which has seen young people migrate online to websites and YouTube channels.

Gambling operators, meanwhile, are stepping up efforts to reduce minors’ exposure to ads, with a Gambling Commission working group looking to stop social media and pay per click advertising targeting those aged 25 or under.