Illegal gambling in Italy rose more than 50% during the novel coronavirus (Covid-19) pandemic, a Lottomatica-commissioned report has claimed. 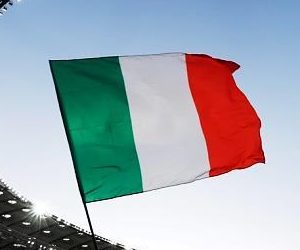 The report, which was presented to the country’s Senate earlier this week, estimates the value of Italy’s illegal gambling in 2020 as €18bn. This marked a significant increase on the 2019 estimate of €12bn, with Lottomatica warning that the illegal market could top €20bn by the end of 2021.

This led to enforcement action by Italian authorities being ramped up in recent months, the report continued. Between January 2020 and April 2021, an underground gambling room was discovered once every three days. In this period, 145 investigations were conducted by the police and 1,000 people were reported to law enforcement, up from 493 people in 2019.

Mauro Maria Marino, Senator and president of the Parliamentary Commission of Inquiry into Illegal Gaming argued that the findings showed the need for a rethink of the country’s gambling regulations. The majority of people who responded to a survey conducted as part of the report appeared to be of the same opinion.

This found that 83.6% of respondents believed the government should take responsibility for regulating and managing the gaming market, ensuring that the protection of consumers and the community remains the priority.

A majority (59.8%) were also of the option that aggressive sanctions for legal gaming would only give rise to the number of people playing illegally, while 28.9% believed an outright gambling ban would reduce the number of players and benefit public health in the process.

“We need to focus on the quality of regulation and standardise sectoral legislation at national level, thus overcoming the overlap of many rules that conflict with each other,” Marino said.

“In this sense, there are some aspects to confront in order to bring about a real reform of the sector – in particular the issues of online gaming, illegal gambling, and the overall size of the gambling sector which was greatly affected by closures during Covid.”

The report also noted the lack of a coordinated effort on the part of the state to tackle the issue of gambling addiction. It was suggested that an integrated support network for gambling addiction should be made a priority, so as to create a system of protection and emergency response for at-risk players.

This was particularly important to survey respondents, 81.7% of whom said that the state should be responsible for raising awareness of and informing players about the risks of gambling addiction.

“The Lottomatica-Censis Report offers us important data to understand the strategy of the legislator and eliminates many prejudices on an issue that concerns more the cultural than the legal sphere,” added Paola Severino, professor of Criminal Law at Luiss Guido Carli University.

“Regulating gambling effectively means stealing large slices of the market from the Mafias and crime. Our country must increasingly strengthen the partnership between public supervisory authorities and legitimate operators of the system in order to quickly identify illicit money flows and effectively counter the entry of capital and criminal interests into the legal economy.”