A Macau legislative committee has approved a new version of the country’s gambling reform bill, which would give the region’s Chief Executive power to grant tax breaks in order to attract foreign customers. 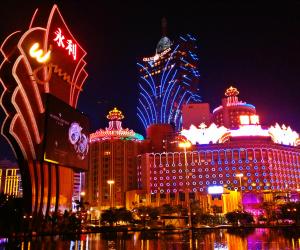 The Second Standing Committee of the Legislative Assembly published its new version of the law, which is now set to be voted upon for the final time before it may come into law.

Among the most significant changes from the version that was approved in the first reading by the Legislative Assembly is a rule that gives the Chief Executive of Macau more discretion over the taxes operators may pay. In particular, it said tax breaks may be granted to businesses if it is believed this will help attract foreign customers.

“The Chief Executive may, after consulting the Bureau of Gaming Supervision [DICJ], grant a reduction or exemption to the concessionaires in the payment of the contributions[…], for reasons of public interest, namely for reasons for expanding customer markets in foreign countries.”

However, the bill also includes a subtle tax increase.

Currently, alongside the 35% gaming tax rate, gaming concessionaires in Macau are subject to a tax of “up to” 2% of GGR for “promotion, development or study of cultural, social, economic,

In addition, they must pay up to 3% of GGR towards “urban development, tourism promotion and social security”.

In practice, all operators paid below these upper limits, however.

However, the new version of the law omits the phrase “up to”, meaning that operators will effective be subject to higher taxes than before.

The new version of the law also keeps many of the same major points from earlier versions. For example, there will still be six concessionaires and no subconcessionaires in the market, effectively keeping the number of operators the same.

Concessionaires will also face new limits related to the number of gaming machines and tables they may operate, with these limits based off of GGR per machine or table. The exact GGR minimums have not yet been set, however.

In addition, junket businesses will only be allowed to work with one concessionaire each.

Work on the gaming reform bill began last year, with a consultation that considered major changes to the market.

At the same time, the Legislative Assembly is also considering another bill that deals specifically with junkets. This bill would introduce requirements such as a maximum commission cap, and was approved at the first reading in April.