The second day of debate at iGB Live! saw panel discussions focus on how affiliates can make an impact in new markets. 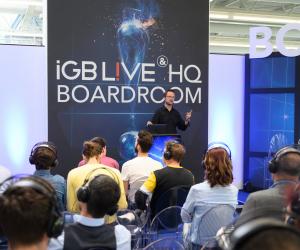 The second day of debate at iGB Live! saw panel discussions focus on how affiliates can make an impact in new markets.

In a session titled, “US Sportsbetting and Affiliates’ Place at the Table,” panelists discussed how to an affiliate may take advantage of the new US sports betting industry.

Melissa Blau, director of iGaming Capital and lawyer David Gzesh both said it was important to meet the standards of the strictest states, as one rejected license can have consequences in other jurisdictions.

“What can happen is you might get a license for New Jersey and Pennsylvania and then you get to Missouri and it’s denied,” Blau said. “The number one question is have you had a license denied or revoked before so that hurts every subsequent application. You have to aim for the highest standard.”

Gzesh added: “If you get rejected in one place, that can come back and haunt you.”

He explained that the complications of earning a license in every jurisdiction can make it more difficult for smaller affiliates to keep up.

“It seems to be tilted towards what I call super-affiliates who have the resources to get licenses in state after state,” he said.

Gavin Walters, director of business development for Gambling.com Group and Brean Wilkinson, product advisor for affiliate compliance solution Rightlander agreed that affiliates also need to understand that sports betting consumers in the US can’t be treated the same as players in other jurisdictions.

“Don’t go in just assuming it’s going to be the same,” Wilkinson said. “There are all sorts of things around brand loyalty — players are much more loyal to their brands in the US.”

Walters pointed out: “Although gambling hasn’t been legal, that doesn’t mean it’s not been happening.”

Valente said that the Brazilian people’s attitude towards institutions have shaped many of their expectations when it comes to gambling.

“Brazil is quite a tricky market because there is a low level of credibility in institutions. They don't trust politicians, they don't trust the government, they don't trust private companies and that can be very tricky,” he said. “Imagine a situation where all the gambling's been run by the mafia until very recently, the customers start to ask questions like 'If I win, will I get paid?'”

Valenta also said that video could be an excellent way to appeal to Brazilian customers.

“Video is massive. YouTubers are performing very well. I know YouTube is going down in some countries but in Brazil it's massive and you can do things with a low production cost”

“Text won’t be as useful here. Brazilians would rather watch something than read something.”