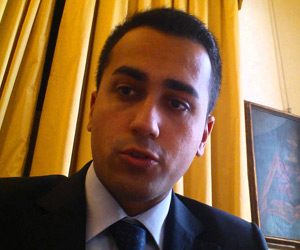 Italy’s Council of Ministers has approved a blanket ban on gambling advertising in the country from January 1, 2019.

However, in a late reprieve yesterday (Monday), advertisers with existing agreements that stretch beyond New Year’s Day next year were granted a concession to fulfil their contracts.

The ban will apply to all gambling-related products and services across all media platforms – including television, websites and radio – and sports clubs will also be prohibited from carrying sponsors from the industry.

The ban will not apply to the state-run national lottery or its products.

The late inclusion of a clause in Article 8 of the so-called ‘Dignity Decree’ to allow existing advertisers to fulfil their contracts beyond January 1 was granted to give gambling industry firms sufficient time to prepare for the changes, according to government ministers.

LOGiCO, a trade body representing the interests of online operators in Italy, said it was “perplexed” by the change in law, which was authored by Deputy Prime Minister Luigi Di Maio (pictured).

“Whilst fully sharing the concerns of the institutions with regard to problem gambling, LOGiCO does not believe that this ban can produce positive effects in terms of player protection or reduce – and certainly not eliminate – the risks derived from an uncontrolled practice of the games themselves,” the body said.

Di Maio is the leader of the anti-establishment Five-Star Movement, which became the largest party in Italy’s coalition government earlier this year. The party, also knows as M5S, has swept to power from obscurity less than a decade ago on the back of a string of radical reform proposals.

He has previously said that he will lobby for the introduction of broader gambling advertising restrictions across the European Union.

However, sports clubs, as well as gambling industry companies, are likely to be affected significantly by the changes. More than half of the clubs in Italy’s top football division, Lega Serie A, have sponsorship deals in place with firms from the sector.