Ontario is rolling out a new igaming regime to make it lawful for operators to enter the Ontario market. But is the new igaming model illegal, asks Ron Segev? 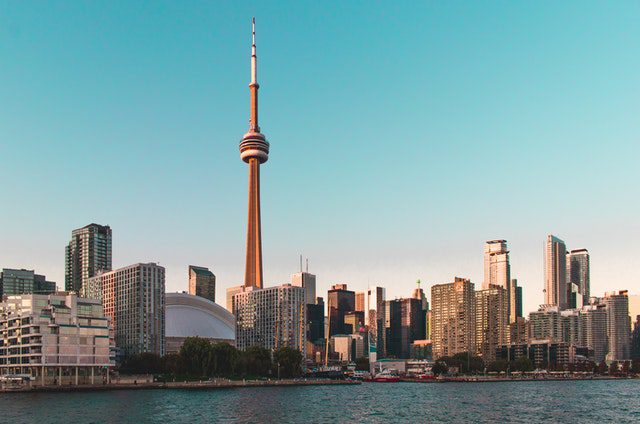 Ontario is in the process of implementing a new regulatory regime that would permit private internet gambling operators that register with the provincial government to do business in Ontario. Many of the specifics have yet to be revealed, but what we have seen so far suggests that the way the province is attempting open the market up may be legally questionable.

The province may in fact be breaking the law and inducing private igaming operators to contravene the Criminal Code of Canada.

The precise meaning of the phrase “conduct and manage” as used in section 207(1)(a) of the Criminal Code is somewhat elusive.

There are a number of indicators that are generally accepted as being relevant to the determination of whether or not the government has conduct and management of the gaming activity.

Those indicators include (1) which entity is responsible for strategic decision-making, (2) which entity owns the physical infrastructure and intellectual property required to carry on business, (3) which entity maintains operational control, (4) which entity controls game selection and rules of play, (5) which entity has control over funds and (6) which entity retains a significant portion of the profits.

In British Columbia, courts have summarised the legal analysis as follows: which entity, the province or the private operator, is the “operating mind” of the igaming activity?

The province’s new “iGaming Model”[2]unfortunately does not appear to conduct and manage the igaming activity it regulates based on these indicators.

Under the proposed regime, private igaming operators would be solely in charge of the five areas set out above.

They would make all strategic decisions related to their business in Ontario, invest all capital required to launch and operate that business, own all IP and gaming infrastructure and determine which games to offer to Ontarians (subject to certain restrictions). They would also keep the majority of profits.

Many of the business decisions made by the private operators would be subject to oversight by the Alcohol and Gaming Commission of Ontario (AGCO). To do this, private igaming operators would need to enter into a commercial agreement with an AGCO subsidiary called iGaming Ontario, which has ostensibly been created to conduct and have management of igaming activities in Ontario offered by private enterprises.
However, based on the materials provided by the province thus far, it appears that neither the AGCO nor iGaming Ontario intend to play a role in developing, marketing or operating igaming websites on offer in Ontario or even have commercial interactions with Ontarians wagering on those sites. With respect, it appears to be unlikely that the province is the “operating mind” of these businesses.

Provincial governments cannot simply licence private igaming operators to carry on business in Ontario subject to hands-off oversight of provincial regulators. That would be illegal.

In order to stay onside of the Criminal Code provisions outlawing igaming generally (and onside of the constitutional authority granted to the provinces), the province must do more than simply issue a license. It must be the operating mind of the igaming activity in order for this to be legally permissible.
Moreover, the courts must be satisfied that the province is truly conducting and managing its registrants, rather than simply licensing them – for the province to merely say it is conducting and managing its registrants is insufficient.

We see this clearly in the British Columbia Court of Appeal case “Great Canadian Casino Co. Ltd. v. Surrey (City of)[3]”, where the Court looked at a number of factors in favour of or against a finding that the province had conduct and management over the operation of slot machines. Despite the Province of British Columbia (through its agent British Columbia Lottery Corporation) stating that it was conducting and managing the slot machines located at the Surrey Casino, the court did not simply accept this at face value: rather, it carefully examined relevant factors to make a determination.

The fact that the province cannot legally implement a true licensing regime is unfortunate because a licensing regime is the most practical and socially desirable way to regulate igaming. A 2016 report published by the School of Public Policy at Simon Fraser University[4] found that jurisdictions that license private gambling operators are the most successful at reducing the size of the grey market, increasing tax revenue, and effectively implementing consumer harm reduction measures. Licensing regimes in the UK, the Netherlands, and Denmark, none of which have government authorities that conduct or manage igaming activities, have proven particularly successful.

The Province has invested time and effort into explaining how it is not relinquishing conduct and management of its new iGaming Model. One example is the recently-released overview of the commercial agreements[5] operators will sign with iGaming Ontario as part of the operator registration process.

The overview states that the commercial agreements will contain a provision having the operator acknowledge that the Province will be conducting and managing the operator’s enterprise. Such a provision is quite peculiar for commercial agreements.
On closer inspection we see that the new Ontario iGaming Model in fact seeks to shift all of the business risk and virtually all of the core business decision-making functions to private igaming operators.

By adopting its new model, Ontario appears to concede that a licensing regime would be preferable to the truly Government-run “conduct and manage model” required by our Criminal Code. This is a licensing model in all but name.
This may very well create legal problems for the province and for igaming businesses attempting to operate under the new regime. The regime will be vulnerable to a constitutional challenge on the grounds that the province is attempting to license private businesses to directly offer igaming to Ontarians in contravention of the Criminal Code of Canada.

The private igaming operators may find that they have inadvertently committed a crime. The private operators would probably have a defence based on the legal doctrine of “officially induced error,” but by that point the damage would be done. This kind of uncertainty is corrosive to the rule of law.

There are significant financial interests at stake. Residents of Ontario spend almost CAD$1bn a year on online gambling, and approximately 70% of that is on grey market websites[6]. As the industry grows and continues to thrive, the amount of money spent on igaming will almost certainly continue to rise.
A licensing regime is also an important opportunity to implement and regulate policies that could help reduce gaming-related harms that many Canadians face. Given the scale of these financial and other interests, clarity in the law is critical and should be an overarching priority.

The Province’s position is a difficult one. It needs to liberalize its igaming market in order to capture tax revenues, but it does not have the legal framework to properly do this – a federally enabled licensing regime is clearly the optimal model.
The Province has otherwise done a great job creating a regulatory framework. To its credit, the province has assembled a great team to create and roll out the proposed new Model. That team has sought feedback from industry stakeholders and has meaningfully addressed and incorporated much of that feedback into the regime.

Setting aside the legal issues with the proposed regime, the new Model appears to be commercially viable while protecting at-risk and underage consumers.
Despite this good work, the province has been operating in the shadow of a restrictive legal framework that is ill-suited to a web-enabled world. Section 207(1)(a), which requires that provinces conduct and manage igaming activities occurring within their borders, was passed well before the internet was widely adopted.
Respectfully, what the Province should have done to begin with is lobby the federal government to amend the Criminal Code in order to do away with “conduct and manage” requirements and permit a true licensing model.

But the window to act is short – the proposed igaming Model is slated to launch in December. The Province should immediately engage with the Federal Government to create a regulatory regime that is effective and constitutional – otherwise it may be breaking the law.

Ron Segev is the founding partner of Segev LLP, a full-solutions business law firm recognized worldwide as a leading online gaming and betting law firm, and having an expertise in technology, commercial, regulatory, compliance, finance and securities law. He is a General Member of the International Masters of Gaming Law and recognized as a leading gaming lawyer by Chambers & Partners.
﻿

[4] Louise Nadeau et al, Online Gambling: When the Reality of the Virtual Catches Up With Us (2014), online: Working Group on Online Gambling <https://www.groupes.finances.gouv.qc.ca/jeu/pub/AUTEN_Online_Gambling.pdf> [last accessed August 13, 2021].

Photo by Sahil from Pexels