While Ireland proved a positive test case for the lottery betting sector’s collective approach to lobbying, its highest profile exponent has found the going far from easy in other territories following product bans in the UK and Australia. But this is no reason for Lottoland to deviate from its core markets strategy, chief executive Nigel Birrell tells Joanne Christie. 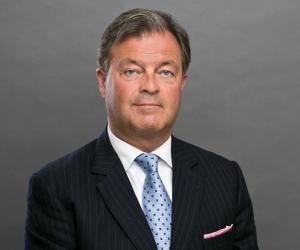 While Ireland proved a positive test case for the lottery betting sector’s collective approach to lobbying, its highest profile exponent has found the going far from easy in other territories following product bans in the UK and Australia. But this is no reason for Lottoland to deviate from its core markets strategy, chief executive Nigel Birrell tells Joanne Christie.

In recent years Lottoland has typically come out on the losing side of the battle against the monopoly lottery operators.

Whenever the war of words has spilled into the political arena, politicians have sided with the monopolies, at times despite scant evidence of any harm to their business or good causes by the disruptive lottery betting firm.

But its latest fight hasn’t been so one-sided. In Ireland, granted only a relatively small market for the company, this year has seen a couple of prominent politicians come out publicly with the view that lottery betting does not take money away from state lotteries, as is the stock claim.

First the Irish minister for finance, Paschal Donohoe, responded to a parliamentary question in March by stating there was no evidence lottery betting had “a significant impact on the national lottery”. Then, David Stanton, the minister responsible for gambling, made similar comments in rejecting calls to add a ban on lottery betting to the country’s forthcoming updated gambling legislation.

“When you’ve got people like that saying what we’ve been saying for years then it really enhances our claim,” he says.

“It is very easy for politicians to bang out the same mantra and I really welcome the fact that these two gentlemen in Ireland have thought about it, looked at the numbers and said there’s no evidence [we’re taking from good causes]. It is probably not politically expedient for them to actually say that.”

The positive noises in Ireland also perhaps point to the fact that a collective approach may be paying off for the lottery betting sector. Ireland was something of a test case for the European Lottery Betting Association, which was set up in July last year by Lottoland, MyLotto24, Multilotto, Legacy8 and LottoGo to try to avoid further bans on lottery betting following those in Australia and the UK.

The organisation engaged in a PR offensive in Ireland, as well as commissioning independent research that ended up being quoted by the aforementioned politicians.

Trouble in Sweden…
Outside Ireland, however, this year hasn’t been such a success for Lottoland from a regulatory perspective. In June Sweden’s gambling regulator Spelinspektionen slapped it with a SEK700,000 (£52,276) fine after saying it breached its licence conditions.

With its penalty coming just a week after the regulator revoked Global Gaming’s licence in the country and both operators being caught off guard by the announcements, Birrell is critical of this approach.

“We only knew about it when it came up on the website so we don’t necessarily agree with it.

“Sweden obviously is quite new but they seem to be just banging [the sanctions] out without a discussion. We had discussed with them the products in question and taken them down despite our view, which remains that they are probably legal and allowed. So that was fine and we thought, ‘let’s take them down and have a sensible discussion with them,’ and then this fine has just come out so we are reviewing our position.”

He says the Swedish regulator should look at the UK’s approach if it wants to develop good relationships with operators. “The UK does it in a slightly more iterative way. They will contact you and [the process] often goes on for months. You have the right to discuss and appeal, and it is only when a final determination has been revealed that it then becomes public.”

However, he adds: “The UK market probably had teething problems as well. I am sure Sweden will settle down, but it is early days as [the regulated market] has only been going since January. A lot of licences were granted quite quickly.”

… and Australia
One situation that doesn’t seem to be settling down for Lottoland is the regulatory landscape in Australia. After having to pull all of its lottery betting products in the country following January’s ban, the company launched a series of jackpot betting products based on financial markets.

Lottoland’s opponents down under quickly complained about the new games and in June the Australian Communications and Media Authority (ACMA) ruled that some were games of chance and therefore prohibited.

“ACMA are challenging us and I think that’s clearly instigated by Tatts/Tabcorp and the newsagents. These people won’t stop until we leave the market, which I think shows Australia in a very bad light. They are allowing interest groups to get rid of competition, which I think is so protectionist. It makes me angry.

“But we are going to challenge [the situation] because we have hundreds of thousands of customers in Australia who want our products and we are going to try and give them what they want.”

Perhaps surprisingly, Birrell says Australia remains one of the top three markets for Lottoland, alongside the UK and Germany, even with its core lottery betting products no longer available.
That perhaps explains why the company is so determined to stay in the market, despite the constant attempts to force it out. It is therefore somewhat surprising that Lottoland hasn’t switched to a messenger model down under as that would have allowed it to continue offering players the chance to take part in the huge US lottery draws that were so popular with Australians.

Asked why it hadn’t, particularly given some of the other synthetic lottery giants have been known to switch models to adapt to local regulations, Birrell says: “We don’t have a messenger licence right now but we wouldn’t rule it out.

Stateside ambitions
This is particularly the case in the US, says Birrell. “In the US we are focusing on the messenger side of things, potentially in New Jersey. We obviously need to be licensed there for that, so that is something we are considering. We know we wouldn’t be able to do betting on lottery there at this stage. Hopefully the laws develop but certainly messenger would be our focus in the US.”

He does, however, see it more as an entry point than an end goal. “Messenger is clearly not as high-margin as betting on lottery. I see messenger as getting us a foothold in the market, which clearly could be a profitable business in itself, and thereafter we could lobby to try and allow betting on lottery and open the market for that. Certainly it is a big enough market with enough people that messenger could be quite lucrative.”

While North America is certainly the continent on everyone’s minds at the moment, Lottoland has also recently dipped its toes into a completely different, but in some people’s minds equally promising,  continent with its South African launch. So far Birrell says the country is a slow burner.

“South Africa is a very slow start. We are not investing too much in marketing and seeing how it goes really.”

Birrell has mixed views on the potential of Africa more widely. “It seems to be the buzz at most conferences we go to these days. But no one seems to be making a breakthrough. I think some of the jurisdictions are a bit unstable in terms of regulation – they just keep changing their views on what the tax should be at a whim so one has to be conscious of that.

“But I think lottery is very suited to Africa. We tend to have the chance to win big with very small wagers, and given the economies there people can afford a few pounds to bet on the lottery.

“Certainly that’s the future but not one we are spending a lot of time on right now. We’ve got plenty of work to do in the key markets we are active in. We’re far better off focusing on somewhere like Sweden, which is a far richer country and with much better returns, than we are Africa. We are only in 13 countries so we don’t want to be all things to all men. We just want to do well in the countries we are in rather than spreading ourselves too thinly.”