Responsible Affiliates in Gambling (RAiG), the trade association formed by Better Collective, Oddschecker and Racing Post, has declared its support in principle for a statutory licensing or registration regime for affiliates active in the British gambling market. 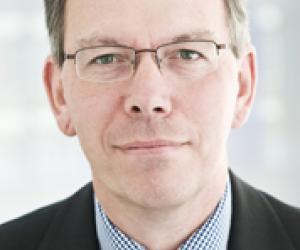 Responsible Affiliates in Gambling (RAiG), the trade association formed by Better Collective, Oddschecker and Racing Post, has declared its support in principle for a statutory licensing or registration regime for affiliates active in the British gambling market.

RAiG noted that its support was conditional upon it seeing more detail as to what such a system would entail, and on understanding the benefits it would in turn provide for consumers.

It came to the conclusion following a “thorough” internal review of existing social responsibility and responsible gambling standards. While it acknowledged that many improvements could be achieved through voluntary measures, setting out and implementing minimum requirements by way of a licensing process would be the most effective way of raising standards across the affiliate sector.

This, it said could be best achieved through the Gambling Commission, rather than the UK ad watchdog the Advertising Standards Authority (ASA). The ASA, RAiG explained, was not a licensing body nor was it a statutory regulator.

Furthermore, it added, the Commission had already applied some form of direct licensing or authorisation to third party providers through the gambling software provider licence category, and its approved lists of alternative dispute resolution providers, and software testing houses.

Any system would not need to be expensive or “burdensome”, RAiG noted, as a licensing model would supplement an extensive range of regulations to which affiliates are already expected to comply.

Such a system need not be expensive nor burdensome given that this approach is designed to supplement an already extensive range of regulations.

RAiG chair Clive Hawkswood (pictured) admitted that the decision to support the principle of a licensing system was not taken lightly, saying its stakeholders had debated the issue for a number of months.

However, he added, it was important to open discussions on the issue, especially as the government’s review of the 2005 Gambling Act moved closer.

“[It] is vital that we play a constructive role as policies evolve rather than waiting on the side-lines for measures to be imposed,” he said.

“It is appreciated that this is an issue where opinion across the sector is divided and RAiG will make clear that, as with any trade body, it can only speak on behalf of its members,” Hawkswood continued. “Despite that, we hope everyone in the affiliate marketing world and beyond will keep an open mind about any proposals which would serve to create a safer gambling environment.

“As with all forms of licensing and regulation, the devil is usually in the detail and the aim must be to work with all stakeholders to ensure that any provisions are proportionate and, most important of all, effective in improving safeguards for consumers.”

While RAiG was established to serve as the voice of the igaming affiliate sector, it has proved divisive, with some affiliates claiming that it only serves to represent the largest businesses in the sector. Others have pointed out that as its main members drive traffic predominantly through search engine optimisation (SEO), it does not take into account the challenges faced by pay per click (PPC) driven affiliates.

This came to the fore when a working group established by the British Gambling Commission announced that PPC advertising should be restricted to players aged 25 and over. RAiG declared its support for these measures, which prompted affiliate entrepreneur Richard Skelhorn to declare that the association's SEO-focused members had the most to gain as PPC-driven businesses were restricted.

Alongside its trio of founders, RAiG has since added BonusFinder.com, Moneta Communications and Natural Intelligence as new members. However Catena Media, one of the largest affiliate marketing businesses in the sector, told iGB in April that it was putting its membership application “on hold” following recent internal changes.