René Jansen, chair of Dutch regulator de Kansspelautoriteit (KSA), speaks to Daniel O’Boyle about the challenges involved in fighting on two fronts since the country launched its regulated online gambling market. On one hand he’s keeping the unlicensed market at bay, on the other he’s working to ensure the licensed sector moderates its advertising 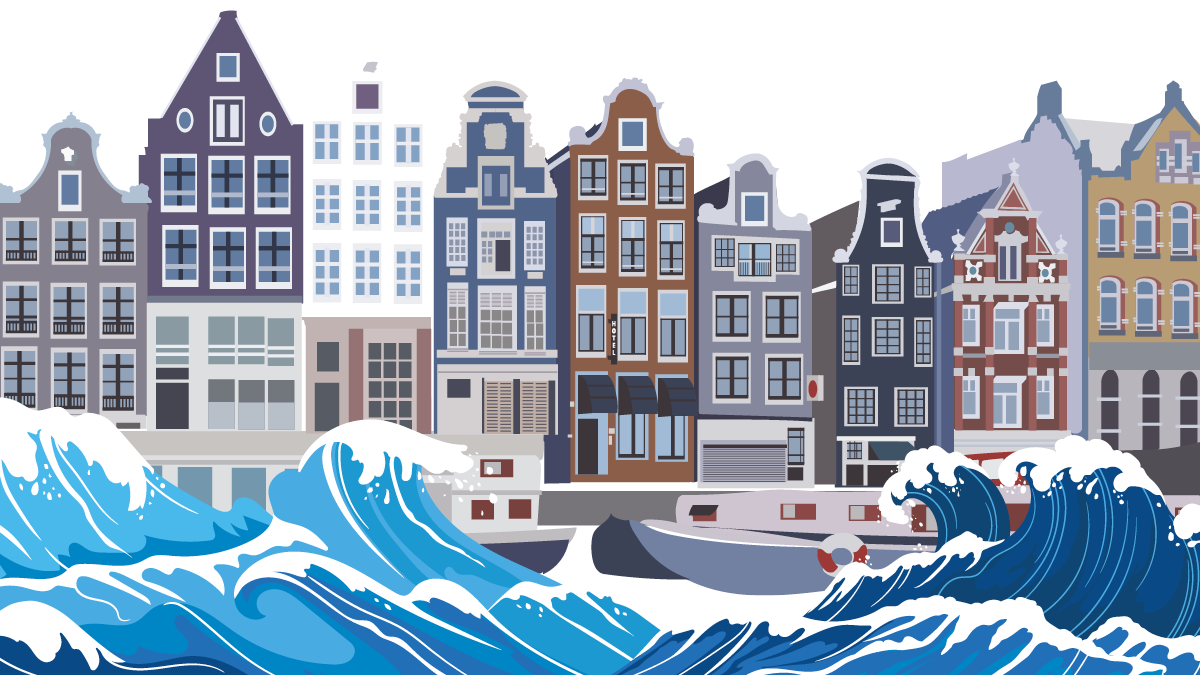 After eight years of anticipation, it could have been difficult for the launch of the Netherlands’ online gambling market to fulfil expectations.

For Jansen, chair of regulator de Kansspelautoriteit (KSA), the launch did indeed live up to what he anticipated.

“It’s been a success in several aspects,” he says.

But going as expected is only a good thing if the predictions are optimistic. And it’s hard to miss the fact that one aspect of the market launch went exactly as Jansen predicted, in exactly the wrong way.

In May 2021, the KSA chair warned of an advertising “bombardment” when the legal market opened.

Looking at countries such as Belgium, Italy, Spain and Great Britain, Jansen said that regions where operators “look for the edges” in marketing laws often experience a backlash and ultimately face much stricter rules.

Research published in the KSA’s annual report found that more than 35 gambling ads were shown on average between 9pm and 10pm from October to December 2021. This figure rose to more than 40 between 11pm and midnight. Data from Nielsen cited in the report also suggested that total monthly ad spend for the sector peaked at almost €30m in December 2021.

With two different trade groups – one representing online-first new entrants and the other those already involved in other sectors of Dutch gambling such as Holland Casino and Nederlandse Loterij – industry codes of conduct took time to be finalised.

And by December, parliament had already voted for a ban on “untargeted advertising” of “high-risk games”.

“What is less successful is the turmoil in our society, the controversy in our society about the amount of advertising,” Jansen continues. “And that advertising has caused a lot of discussion and debate and anger among many people.

“People are not understanding why in a few weeks or within a week, starting from zero, you saw a huge amount of advertising which caused an intense political debate and also created some consensus in our parliament that something should be done about it.”

So was all of this avoidable? Jansen certainly thinks so.

“I think they could have avoided it if they had shown more restraint on the advertising,” he says. “Shown some more responsibility, social responsibility, having more thought about the effects on society of this huge amount of advertising, mostly around football matches, especially international games.

“Self-regulation I think feels too little too late.”

So will the ban now undo much of the good work in creating a regulated system that has attracted 90% of players? Jansen does not believe this is the case, noting that while a total ad ban might be a risk to channelisation, the ban on untargeted ads would still leave the industry with ways to reach players.

“It will take some time, but there’s one thing I think that makes me not have too bad a feeling about it,” Jansen says. “And that’s that there will not be a total ban on advertising. It will be a ban, as the minister has told parliament, on untargeted ads and for high-risk games. And he’s thinking about forbidding the use of role models, like former football players.

“So we’ll have to see. It’s very important to see how the legislation will be.”

One crucial aspect of the Dutch launch was the “cooling-off period”, which prevented operators that had accepted Dutch customers before the market opened from receiving licences.

This left many of Europe’s highest-profile online gambling businesses – such as Entain, LeoVegas and Kindred – locked out of the Netherlands for at least six months.

During that time, these operators were also told they could not take business from Dutch customers, even passively, and were required to block access to their sites.

“We had many European-wide gambling operators who were quite visible in our country,” Jansen explains, “who had many customers in our country, illegally, and that is something we, and our minister also, wanted to address with a stricter enforcement policy and with higher fines.”

He has no doubt that the policy was a success. So could it catch on elsewhere? Jansen notes that there are few other new markets left to open in Europe, but the example could be a datapoint for those that do.

“We were one of the last in Europe of course, and there’s not that many countries still to follow,” he says. “But having a look maybe in Germany or in Ireland, maybe there’s some changes to be waited for. They might have a look at the experiences in other countries like the Netherlands, because we are an example of a recent market opening.

“They might look at that, but it’s always also going to depend on the specific circumstances in a jurisdiction.”

For those operators that couldn’t launch right away, 1 April was a key date, as the “cooling-off period” came to an end, and many of the operators in question said they expected to receive licences in Q2 of 2022.

Sure enough, in early April, Jansen revealed that the KSA was considering a total of 30 licence applications, the majority of which had been recently submitted, meaning it may only be a matter of time before a number of big names enter the regulated market.

“Some of them announced they would apply for a licence in the country and they did,” he points out. “So that’s not a secret.

“Of course it depends on how they bring forward their ideas about their licence and how they fulfil all requirements. But if they do that in a proper way, then you might expect some bigger names in the Netherlands soon.”

These licensees – like the 10 initial operators to be licensed and those that have been approved in the meantime – will be judged on their ability to meet 18 licensing criteria. Jansen explains that the most challenging of these often relate to data protection.

“We’ve got 18 elements that we are investigating in this procedure,” he says. “Many are about data. And consumer protection preventing addiction is a very important issue, and there’s all kinds of financial requirements.

“The data safety and being connected to the exclusion register, these are quite demanding processes to get in place and to get them functioning and working. So those requirements are what we are dealing with now.”

When viewed in tandem with the marketing ban, this policy may appear to create a two-tiered system. The incumbents – such as Bet365, Tombola and Holland Casino – had their chance to advertise before any ban was approved.

But new entrants will face stricter rules and a population apparently already tired of gambling marketing.

Jansen, however, does not believe that this makes things too challenging for the businesses that weren’t allowed to apply for a licence when the market opened.

“I don’t know the effect, but my idea would be that many players in the Netherlands know and have known those former illegal operators by name and they know what they can offer,” he says. “So I don’t think it will be a much higher threshold for those entering the Dutch market.”

Looking ahead, meanwhile, Jansen notes that the job of the regulator is naturally becoming a lot busier than it ever has been before, saying that it makes the next six to eight months a crucial time in the regulation of the Dutch market.

“There are for sure challenges in the months to come,” he says. “Of course we are still dealing with something like 30 applications for a licence and there might be maybe five or six more to come in the next couple of months, so it takes a lot of effort to review all the applications. We’ve got our enforcement challenges, keeping the illegal market as small as possible.

“And thirdly, we have to develop our new way of supervisory activity, [monitoring] the licensees more than we did in the past. So we have to translate the amount of data from all licence holders to information that can be used by our inspectors and our supervisors.

“These are new challenges we’re facing in the next six to eight months.”