A cultural shift in the industry has seen operators look to ramp up their responsible gaming controls, with many bringing in external help to do so, writes Daniel O’Boyle. But can external consultants really play a role in changing company culture? 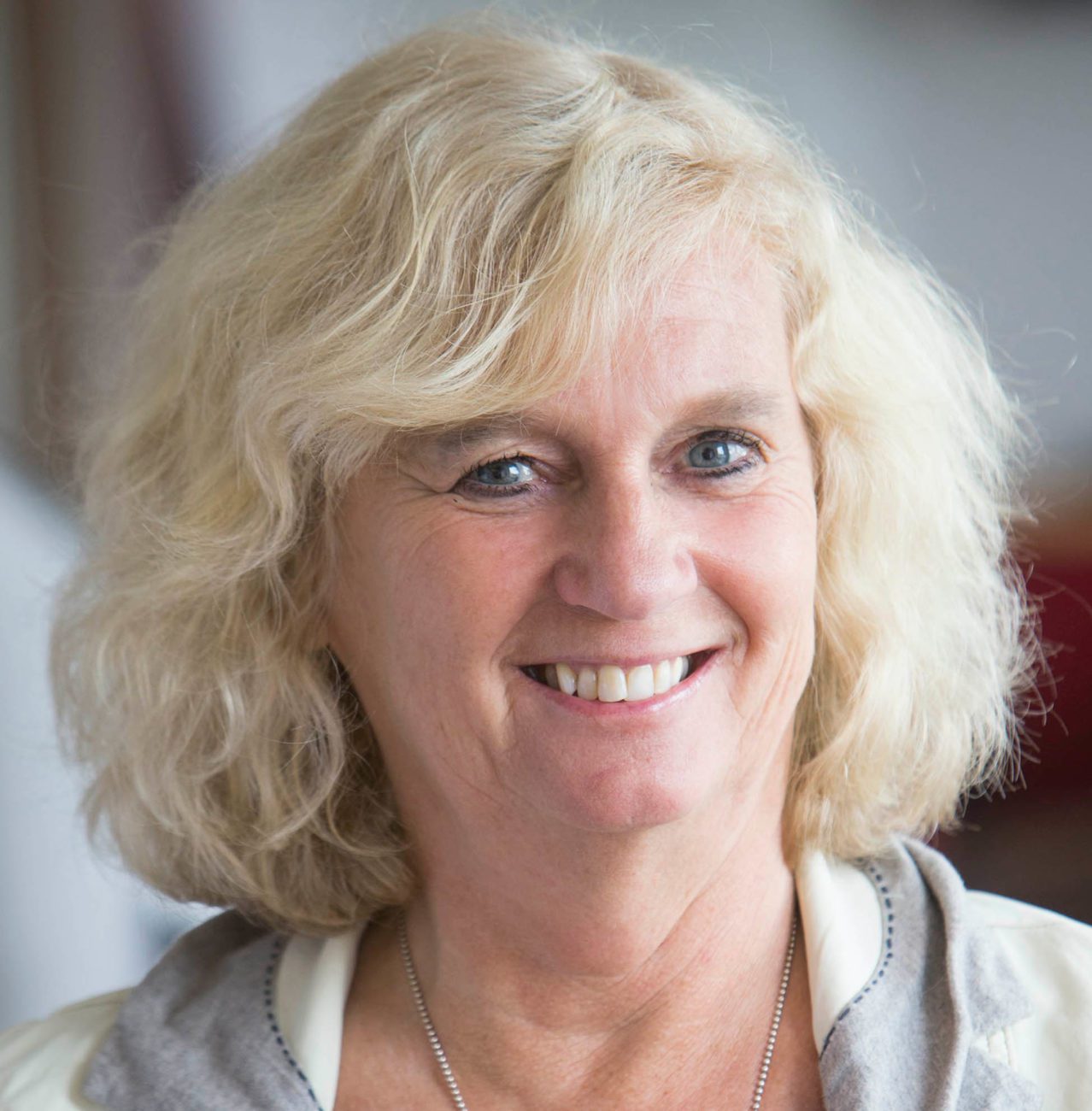 A cultural shift in the industry has seen operators look to ramp up their responsible gaming controls, with many bringing in external help to do so, writes Daniel O’Boyle. But can external consultants really play a role in changing company culture?

When Sweden was preparing to launch its re-regulated market for the start of 2019, longtime Svenska Spel responsible gambling advisors Zenita Strandänger and Monica Medvall (pictured) recognised something: their knowledge could prove useful to the market’s new entrants.

“We hoped we would have an open window, as we would call it, where the new licence holders would like to have our help in developing their own responsible gaming strategy,” Medvall explains.

The pair chose to seize that opportunity, leaving Svenska Spel to create Strandänger & Medvall, a consultancy focused on responsible gambling and sustainability.

The first nine months in the market have suggested that they were certainly right about the difficulties of navigating responsible gambling in Sweden. Sanctions from Spelinspektionen, the Swedish Gambling Authority, are commonplace, while operator association Branschföreningen för Onlinespel decried the apparent lack of clarity of the regulatory framework. Perhaps as a result, operator and market revenue have both taken a hit.

Yet Strandänger and Medvall didn’t seem to get as many calls as they expected.

“Unfortunately, the gambling industry has not been active in looking for our help,” Medvall says. “Some of the gambling companies, mostly the former [monopoly operators] have been more eager to keep up their work. But the companies that were not licensed before 1 January this year now have a chance to contact us and, to be honest, we don’t know why they haven’t.”

“Do they think that as a small business they can manage by themselves?” Medvall asks. “We don’t know just what the obstacle is.”

While the uptake has been slow among new market entrants in Sweden, outside consultants that specialise in corporate social responsibility offer the potential, at least, for a fresh perspective on a company’s strategy.

Raymond Bovero, pictured, right, has also provided advice to operators as a responsible gaming consultant, dealing mostly with lottery operators in Europe and Africa. He spent 22 years working for La Française des Jeux (FDJ), including 13 as the director of its responsible gambling programme, before going into consulting.

Bovero says that he has been able to notice things from the outside that might otherwise have been missed by operators that are busy with day-to-day business. He cites the example of one lottery where he recognised a potential conflict of interest and encouraged the commissioning of a study into gambling in the country.

“For one European lottery, they had the same director serving as both marketing director and responsible gambling director,” Bovero says. “I said maybe this would be the source of a conflict of interest, even though it was a very small lottery.

“I also told them that they should sponsor a study, they should have what we in France call a mécène (sponsorship agreement). You fund the person, you fund a non-governmental organisation (NGO), but then you have no right to decide what they do with your money so you preserve the independence of the people you are giving money to.

Telling it like it is
Bovero says that his outside perspective allows him to call for change where internal employees who recognise problems may fear retribution for doing so.

“As a consultant, I don’t fear the reaction if my propositions are different to the habits or the culture of the lottery,” he says. “I have no fear in telling people to try different things.”

In addition, Bovero argues his perspective, after many years in the industry with FDJ, has proved useful in recognising the possible failings he sees, and determining the best way to tackle them. Thanks to his background, he can recognise smaller failings that he may have seen turn into larger ones in the past, he adds.

However, Strandänger and Medvall have found that their own experience with Svenska Spel didn’t mean a guaranteed interest from operators. While those who were already heavily involved in Sweden were familiar with the duo’s experience, they may not have been as well-known to the new entrants.

“We are really well known in Sweden as consultants, because we have been at Svenska Spel for many years and all the stakeholders here know us,” she points out. “But for some of the newer operators, it might be that they don’t know us.

Even when the clients are plentiful, the outside perspective is not without its challenges. Each client is different, but if business is booming it could be easy to attempt to shoehorn a one-size-fits-all approach into each client’s strategy.

Bovero, for his part, says years of dealing with operators with diverse backgrounds, across a range of different markets, has taught him the importance of understanding each client’s specific needs.

“You have to take the people where they are,” he says. “If I look at my customers from Africa and Eastern Europe, they are very different. You can’t say the same things to everybody. What I mean is that the consultant needs to give advice that is adaptive to where the customers are.”

He picks out the example of a chief executive that wanted his business to secure the WLA’s Level 4 Responsible Gaming Certification. This requires buy-in from across the business, to compile a report (for which submissions regularly top 100 pages), and a full audit carried out by a WLA-approved provider.

“He was at Level 2 and he wanted to reach Level 4 in one year,” Bovero says. “I had to tell him, ‘Take your time. When you do something, assess the landscape and measure the success of what you are doing.’”

“If you do something that’s totally counter-cultural then you have no chance of being accepted.”

But if a consultant whose perspective differs too strongly from the company risks alienating those they are supposed to help, how can they approach a business that appears culturally averse to responsible gambling? To Bovero, it can be a very slow process, but it all starts from the top.

“It can be very different from one operator to the other, and it depends mainly on how the CEO is,” Bovero says. “When FDJ started its responsible gaming programme, when they told me to take the job running that in 2005, the CEO said, ‘Raymond, don’t go too fast nor too deep.’”

“And I answered, ‘Well, I’ll do my best but as you know, patience is not my main quality.’ But in the end I had the honour of working for that CEO for 10 years, and when he left he thanked me for all my work in promoting responsible gaming.

“When you start, it’s a cultural evolution and it can be quite difficult to make people think differently to how they’ve been thinking for the past 10, 20, 30 years,” Bovero continues. “Try to convince, not force, the people. Then, once you’ve convinced enough of the people, you can accelerate.”

In Medvall’s view, doubts over whether an outside figure can understand a business may play a part in the modest interest in Strandänger & Medvall, but she believes there is a larger factor at play.

“Maybe operators are afraid to have a consultant coming in and telling them what to do, but as far as running the business goes, most of them actually already think they are compliant,” she suggests.

Towards a responsible future
While Bovero’s business does involve substantial efforts to change the culture of operators, it might play an even bigger role for Strandänger & Medvall. Working mostly with lottery operators, Bovero says he is often able to win over sceptical would-be clients by reminding them of the lottery’s charitable goals.

“I was moderating a seminar in Africa for the African Lottery Association and one of the people there said, ‘Responsible gaming is a nice concept but what about turnover? I need to make money.’ And of course if you do too much for responsible gambling that hurts turnover,” he recalls. “I told him that he needs to consider that there are good stakes and bad stakes, and with lotteries being created to improve the wellbeing of the population, getting stakes from addicted players are bad stakes.”

For Medvall, on the other hand, prospective decision-makers are typically beholden to shareholders rather than the public, creating a dynamic that puts corporate social responsibility at odds with more straightforward business goals such as revenue.

“Some businesses that have their shareholders may be thinking about the balance between responsible gambling and turnover,” Medvall said. “Because of that, maybe some of them don’t have the minimum that you would expect in responsible gaming.”

As a result, Medvall says that when it comes to convincing possible clients, the long-term profitability of responsible gambling typically forms a major part of the pitch.

“Some of them have begun to realise that in Sweden, to earn money, you have to be compliant with the law,” Medvall said. “But to be sustainable you have to go a little further. You have to think about the long-term perspective, and how you can do more.”

“If you do it sincerely, in order to do actual good, then your image can improve,” Bovero says. “But if you do it only caring about your image, the people will know that you don’t care about them, you care only about yourself, and that will be very bad for your image.”

And for those in a company who do care sincerely about responsible gambling, it can still be difficult to change things if you’re not in a position of power. In Bovero’s view, that’s why change can often only come from the outside.

“Some people have fear, maybe some don’t have enough hope,” he says. “They have been told ‘no’ so many times that they don’t want to try again and hear another no.

“So it might be part of the role of the consultant to give suggestions that nobody in the company would dare to suggest.”

To find out more about Responsible Gambling Week and the resources available, please visit the website