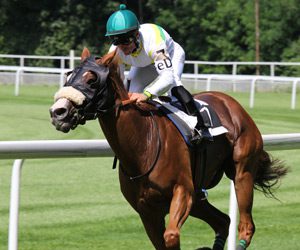 Online bookmaker Sportsbet has secured a temporary court injunction in Australia to block rival CrownBet from changing its name to Sportingbet.

In June, CrownBet applied to the Australian Securities and Investments Commission to reserve the name ‘Sportingbet Pty Ltd’. CrownBet’s chief executive, Matt Tripp, served as chairman of Sportsbet from 2011 to 2013 and his father, Alan Tripp, once owned a company called Sportingbet that was acquired by UK operator William Hill in Australia in 2014.

The rebrand has been on the cards since Crown Resorts sold its 62% stake in CrownBet to The Stars Group for Aus$150m (£84m/€95m/$111m) in February. The Stars Group increased its stake to 80% in April.

However, Sportsbet, which is operated by Paddy Power Betfair, initiated an emergency order in the Federal Court in an effort to stop CrownBet last month, claiming that Sportingbet is too similar a name to Sportsbet and could “mislead or deceive” customers.

“This decision demonstrates that the court shares our concern regarding the likelihood that consumers will be misled into thinking services offered under a Sportingbet brand are connected or associated with Sportsbet,” Sportsbet said in a statement.

“Sportsbet will continue to take all necessary action to protect its brand and prevent deception in the market and will see the matter through to a final determination, if necessary.”

A CrownBet spokesperson said that the company is considering its options.

“We're obviously disappointed and will examine the decision closely and consider all options available to us,” the spokesman said.

In March, CrownBet edged out Sportsbet in the race to take over William Hill’s Australian assets.