Adam Bell SC’s report into wide-ranging misconduct at Star Sydney casino has found that the business’ dealings with the troubled junket operator SunCity represented “a breach” of Star’s casino licence, as well as uncovering a slew of social responsibility failings. 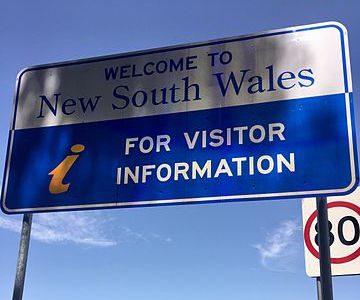 The allegations centre on activities in a room at the casino known as “Salon 95”. Inside the room, the junket operator was granted the rare privilege of operating a second cash cage, where chips are converted into cash, an undertaking usually reserved for the casino licence holder.

SunCity founder and CEO Alvin Chau was arrested in November 2021 and charged with leading a “triad organisation”. The implication that Star, which is licensed by the relevant New South Wales authorities, may have given over control of the most sensitive aspects of casino operation to a group which may have had ties to organised crime has important implications for the casino’s anti-money laundering and counter-terrorist financing strategy – and raises questions over the extent of the criminal infiltration.

There was a security camera in Salon 95, but it had a significant blind spot. On 15 June 2018, footage from the camera appears to show representatives at the service desk supplying large volumes of money to junket representatives unconnected with SunCity.

Concerning the incident, the report states that “The SunCity staff in Salon 95 appeared to be showing an increasingly brazen disregard for the rules sought to be imposed by the Star.”

This was far from the only incident, with the report outlining multiple instances where footage from the Salon 95 camera caught SunCity employees engaged in questionable behaviour.

When questioned during the inquiry, the Star regulatory affairs manager Graeme Stevens admitted that he “knowingly misled” the NSW regulator regarding the nature of the service desk in Salon 95 when the casino sought to submit changes to the room with the regulator.

The report closed its section into Star’s relationship with SunCity by stating that it found that the Star was contravening its internal control manual, and therefore was in conflict with the 1992 Casino Control Act, a significant breach of the operator’s licence.

SunCity meanwhile has abandoned its entire junket business, which constituted the core of the company, and is attempting a rebrand and reorientation of the business to focus on integrated resorts.

In addition to allegations involving financial and compliance irregularities, as well as links to organised crime, the report documented significant social responsibility failings in the casino’s conduct. In January, the solicitors assisting the report gave notice to Star for three principal failings: instances of players continuously gambling for long periods of time, uninterrupted by casino staff; service of alcohol, including as an inducement to gamble; and ensuring that social exclusions were enforced.

In a statement accompanying the report, NSW Independent Casino Commission (NICC) chief commissioner and ILGA chair Phillip Crawford emphasised the wide-ranging failings that were frequent to the casino and institutional in nature.

“In addition to Bell’s analysis of the very real risks of criminal infiltration and the concealment with which senior staff conducted business,” Crawford said, “the report details cases of individual patrons exposed to gambling harms.

“The Star offered free alcohol to VIPs as an inducement to gamble and allowed vulnerable patrons to gamble continuously for more than 24 hours at a time, without intervention. These personal accounts are jarring and illustrate how unrestrained gambling can go from entertainment to exploitation.”

The final decision on possible disciplinary action taken against the operator lies with the newly created NSW Independent Casino Commission (NICC) – which has given 14 days for the operator to respond to the contents of the report.