LeoVegas’ revenue grew by 1.9% year-on-year to €98.5m in Q1 of 2022, as the operator’s board outlined its reasons to support an acquisition offer from MGM Resorts. 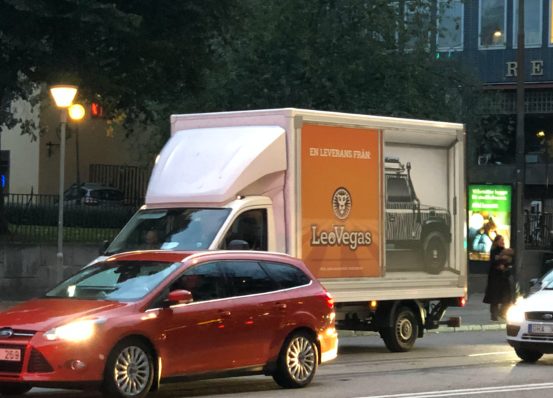 The operator noted that, in local currency terms, revenue was level year-on-year, however.

The operator’s decision to withdraw from the Dutch market when it opened on 1 October continued to have a major impact on revenue. With the Netherlands excluded, revenue would have been up 9% year-on-year.

Elsewhere, LeoVegas noted that the business was especially successful in Sweden, where a SEK5,000 deposit cap for online casino was repealed during the quarter.

“Sweden had another good quarter and generated a new record level of revenues for the period,” LeoVegas said. “During the quarter, the company was once again the largest commercial operator in the Swedish market and continued to capture market shares.”

The business also said that “growth was favourable” in Spain and Italy,

The business also made €254,000 in other income, while €4.2m worth of expenses were recognised as capitalised development costs.

LeoVegas announced its results at the same time as its board announced that it recommended shareholders vote in favour of a $670m bid from MGM Resorts.

“MGM is also very clear in its release that this acquisition will provide a unique opportunity for LeoVegas to create a scaled global online gaming business,” LeoVegas chief executive Gustaf Hagman said. “And the board believes that the logic – the industrial logic, the strategic fit between LeoVegas and MGM – is very attractive and should serve both the companies and its employees very well in the future.”

LeoVegas chairman Per Norman added that scale would be particularly important in the future, as the business tackles regulatory challenges in markets such as the Netherlands and Germany.

“We also see that the consolidation is ongoing in the industry, and that size will matter even more in the future in order to continue to invest in product and platform and marketing and to cope with taxes. So there is an obvious economy of scale if you want to take on the leader — to be the leading online gaming company in the world, and that is the vision and mission for LeoVegas.

“We have a long-term relationship with Kambi, and we are very happy with the support and the product that we got from Kambi,” he said. “So yes, we will continue doing that. And hopefully, they will help us now when we are entering new countries, making acquisitions.”