The UK National Lottery operator has seen digital sales surge since implementing its strategic review in 2017, but is also facing increased competition on a number of fronts as it weighs a bid for the new licence from 2023. By Joanne Christie 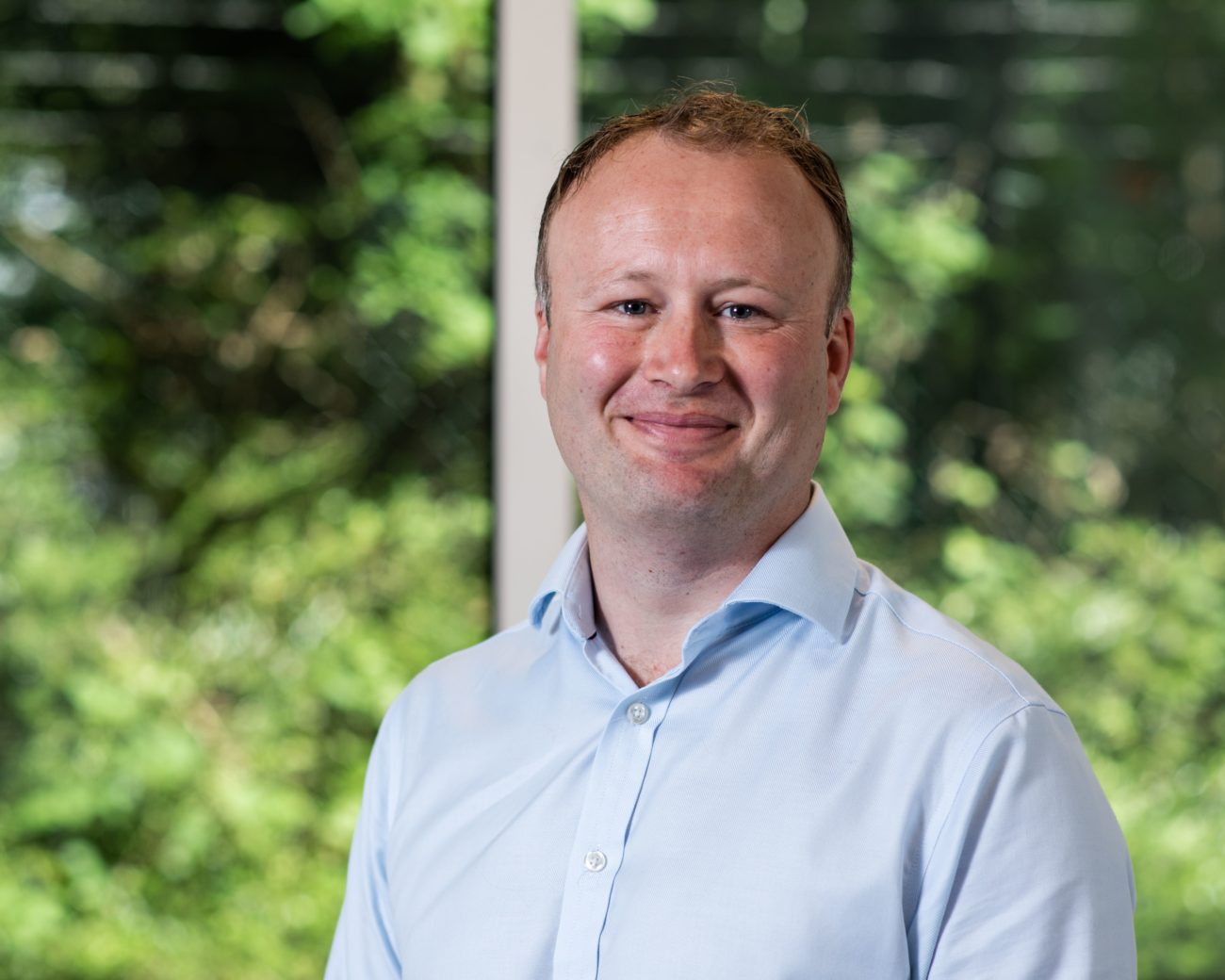 The UK National Lottery operator has seen digital sales surge since implementing its strategic review in 2017, but is also facing increased competition on a number of fronts as it weighs a bid for the new licence from 2023. By Joanne Christie

Competitors to incumbent lottery operators have often described monopolies as lazy, outdated and lacking in innovation, particularly on the digital front. As recently as a few years ago, it would not have been completely unfair to describe UK National Lottery operator Camelot in such terms.

Sales were falling, as were returns to good causes, as changes to games and price rises proved deeply unpopular with players.

But Camelot has staged an impressive turnaround since its 2017 strategic review and the appointment of Nigel Railton as CEO the same year, particularly on the digital front.

In its first-half results, released in November to coincide with the 25th anniversary of the National Lottery, it reported a whopping 40% rise in digital sales.

“Digital has been one of our four focus areas following the strategic review we carried out a couple of years ago,” explains Neil Brocklehurst, commercial director at Camelot (pictured above).

“Our continued focus on digital led to record half-year digital sales of £1.1bn, breaking the £1bn mark for the first time for the half-year.”

Like many other areas of the igaming market, the bulk of Camelot’s digital sales are coming via mobile, with mobile sales rising to £749m for the half year, a 73.5% increase on the same period in 2018.

Partly, this is down to improvements in its mobile offerings, says Brocklehurst. “We’ve improved all aspects of our iPhone and Android apps over the past couple of years, looking at everything from their stability and performance, through to the player experience.

“This has included some functional, but really useful additions, like the introduction of touch ID and face recognition, as well as some fun new features, like a ‘number picker’.”

He says sales via the apps are at an all-time high, with its iOS app now boasting a four-star rating on the App Store.

Making headway with millennials
Unsurprisingly, Brocklehurst says online players skew slightly towards a younger demographic. And while conventional wisdom is that it’s largely older people playing the lottery, the recently released NHS Health Survey revealed that just as many in the much-coveted millennial generation were playing.

Brocklehurst says the annuity game Camelot released in early 2019 had resonated with younger players. “Set For Life appeals to younger people who can see how the top prize of £10,000 a month for 30 years would help them tick off their wish list of amazing life experiences.

“We had a recent 19-year-old top prize winner, Sam Lawton, who was inspired to play Set For Life after watching the news about another winner, Dean Weymes, so he bought a ticket through the app.”

He adds that instant win games that tie into popular culture, such as Friends and Love Island-themed games, are also popular with younger players.

While pleased with the success of the National Lottery’s new products, Brocklehurst is also keen to point out that its changes to the main Lotto game are also paying off. “I’m also really thrilled that we’ve seen an increase in Lotto sales, making us one of the few lotteries globally to be growing the flagship lotto game.”

And while Camelot is beefing up its digital offering, Brocklehurst is clear it remains equally focused on retail.

Retail resurgence
He says the 5% increase in in-store sales for the first half, while eclipsed by the digital growth, is encouraging in the context of the general downturn in retail sales.

It’s a fair point given Office for National Statistics figures showed that in November UK retail sales fell by 0.6%. This was the fourth consecutive month with no growth, the first time this has occurred since the mid-1990s.

“Although sales through our digital channels are growing at a faster rate than retail, we are simultaneously growing both in-store and online sales despite the ongoing challenging high street conditions.”

Part of Camelot’s success in this respect has come from expanding its distribution channels into budget retailers such as Aldi and Iceland.

Going forward, Brocklehurst champions an omnichannel approach. “We don’t see retail and digital being mutually exclusive. The world of digital is merging with retail and we see a seamless omni-channel experience as the future. For example, we already provide retail players with the ability to check their ticket using their mobiles.”

Other items on Camelot’s agenda for the future include plans to make EuroMillions “more exciting in early 2020”, as well as to develop marketing around its ‘Dream Big, Play Small’ strategy.

This strategy is made up of various responsible gambling elements and is part of Camelot’s “wider corporate responsibility strategy, which centres on promoting healthy play”, says Brocklehurst.

In line with this, in October the operator withdrew its £10 scratchcards from all retail outlets after discovering they over-indexed among problem gamblers. “We believed this was the right thing to do to help protect the very small minority of players concerned, less than 1% of all National Lottery players,” he says.

In addition, in December Camelot announced it was the first UK lottery operator to achieve Advanced Level 2 of GamCare’s Safer Gambling Standard.

“We’re ranked just 66th in the world in terms of per capita spend, despite being the sixth largest lottery in the world by sales, underlining the effectiveness of our strategy to encourage lots of people to play but to only spend relatively small amounts,” says Brocklehurst.

Competition on multiple fronts
However, Camelot faces intense competition for the lots of people it wants to attract, admits Brocklehurst.

“The emergence in recent years of synthetic national lotteries, such as the Health Lottery and the People’s Postcode Lottery, and additional direct, and often aggressive, competition from the wider gambling sector, particularly bet-on-lottery firms, has seen the National Lottery and the vital money it raises for good causes come under increased pressure,” he says.

Though in some cases Camelot has been successful in lobbying for changes to protect its monopoly, for example, with the government’s decision to ban lottery betting on EuroMillions, when it comes to society lotteries its argument seems not to be holding sway.

Following a government consultation setting out plans to increase the prize limits for society lotteries in 2018, the Gambling Commission launched its own consultation into the proposal in December.

Brocklehurst says such lotteries are at odds with the ‘single national lottery’ model set up by Parliament. “The emergence in recent years of synthetic national lotteries has placed this model, and returns to Good Causes, at risk. These operators don’t pay Lottery Duty on ticket sales, unlike the National Lottery which pays 12%, and are able to spend significantly more on marketing. Because of our licence structure, we are limited in the amount we can spend in this area. This means that our share of voice has reduced.”

Camelot also faces an even greater threat from society lotteries, with Health Lottery owner Northern & Shell having stated publicly that it plans to bid for the fourth National Lottery licence when it comes up for tender in March.

Camelot has held the licence to operate the National Lottery since it began in 1994, with its current term expiring in 2023. Competition in the tender is expected to be fierce, with Richard Branson’s Virgin Group and Czech-based Sazka Group also reportedly considering bids.

Though declining to confirm for definite that Camelot will submit a bid given the final structure of the licence will not be published until March, Brocklehurst does say, however: “Having run one of the world’s most successful lotteries for the past 25 years, raising over £40bn for Good Causes in the process, it’s only natural we’re interested in bidding for the next National Lottery licence. We’ve been speaking with the Gambling Commission as part of the market engagement process it has been carrying out ahead of the fourth licence competition.

“In the meantime, our immediate focus is on building on our sales growth over the last two-and-a-half years and continuing to maximise returns to Good Causes.”