Many were surprised at the recent news the Italian lottery operator was joining the race for the UK’s National Lottery. But its bid has been some time in the making, international business development director Camilla Folladori tells Joanne Christie. 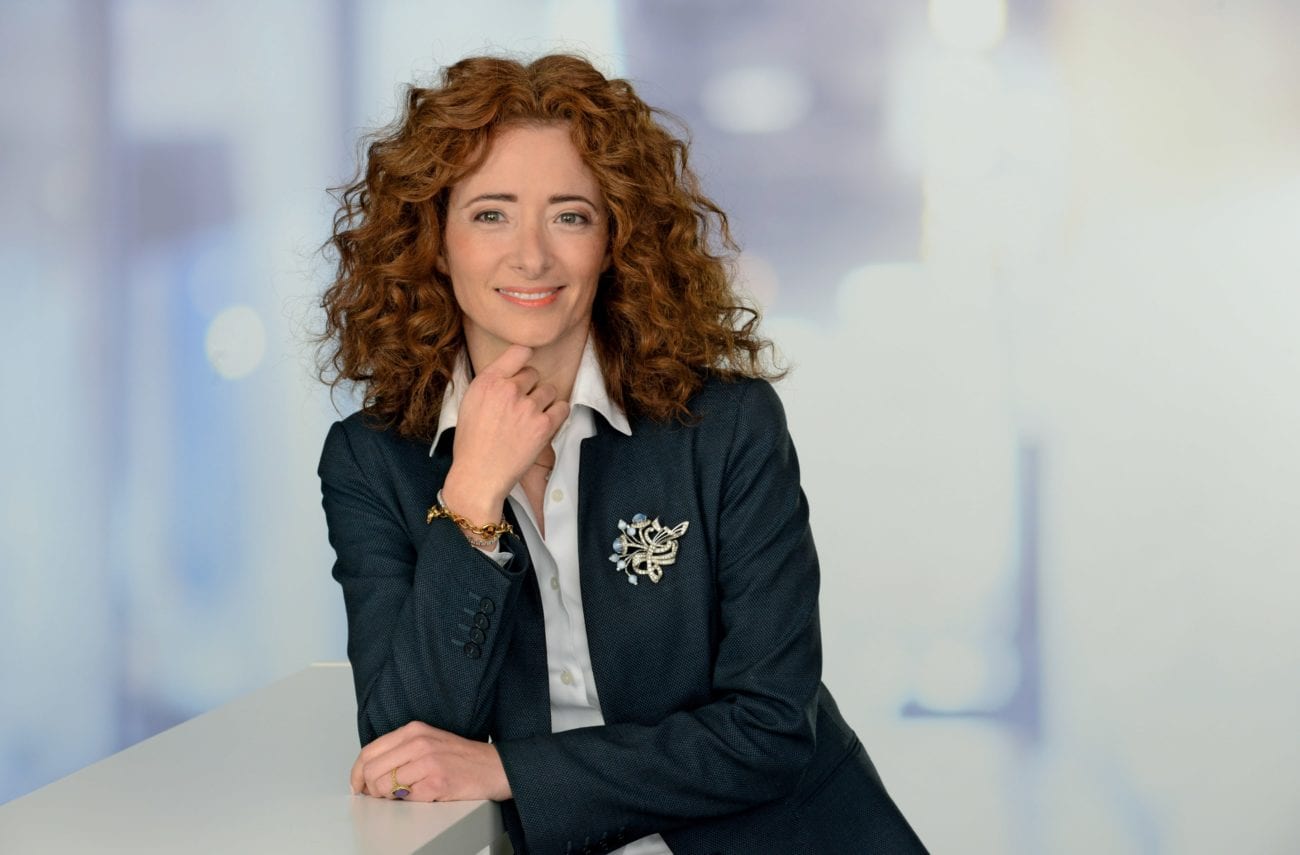 Over the past couple of years, speculation has been rife about potential bidders for the UK’s fourth National Lottery licence, with everyone from Richard Branson to Tabcorp reported to be mulling a bid.

But despite the large number of names being thrown about – some of which were likely nothing more than unsubstantiated rumours – the latest company to officially throw its hat in the ring seems to have taken most by surprise.

The news last month that Italian lottery operator Sisal was in the running was likely not a welcome surprise for Sazka in particular, which until that point had seemed the most formidable rival to incumbent Camelot.

The Czech operator went up against Sisal for tenders for Turkey’s national lottery Milli Piyango and Italy’s SuperEnalotto, with Sisal awarded the tender on both occasions.

Indeed, Sisal has made much of its success in winning all three of the tenders it has bid for since beginning its international expansion drive, the third being Morocco’s Société de Gestion de la Loterie Nationale.

It’s something that Camilla Folladori, international business development director at Sisal, puts down to the “passion that we put in bidding”.

“It’s a process that involves the entire team. It’s not just a few people. We set up, of course, a war room but there is an overarching effort of the entire group. There is a vast number of persons that are involved in creating the best possible bid,” she says.

“And I think it’s something that is shown by having won the last three bids against the most important competitors in the world, and to name a few, some of them are still into this bid for the UK National Lottery.”

In it since the ‘very beginning’

Given the deadline for expressing initial interest has long passed, it’s clear Sisal did not come out of nowhere but rather has been in the frame for some time.

“We were interested in the bid since the very beginning,” says Folladori. “We started discussing the National Lottery with the Gambling Commission back in 2019, when they started contacting the industry to receive feedback. So since the very onset, Sisal was in the process.”

She says its recent decision to go public was down to its inking of a partnership with Barnardo’s more than anything else.

While Sazka has set its stall by hiring a series of well-known business names to assist with its UK bid, including the driving force behind London’s 2012 Olympics Sir Keith Mills, Sisal has teamed up with the children’s charity.

From one perspective, a children’s charity might seem an odd choice for a gambling company, particularly given the recent criticism Camelot has faced over sales to under-18s and the general sentiment in the UK around gambling and gaming activity among children.

But Folladori says Sisal takes a different view on it. “We think in fact it’s a great opportunity to have a charity that is against any kind of exploitation of children,” she says.

She adds that its UK knowledge was another big part of the attraction. “A charity such as Barnardo’s, which has more than 150 years of UK history, was to us the perfect match because of their knowledge of the UK, their recognition among UK customers and stakeholders, their experience also in the retail environment and their ability to give us more understanding of what the good causes really need.”

Indeed, the retail environment could be a key battleground in the bid for the fourth licence. While Camelot has done particularly well in increasing digital sales in recent years and the bidders’ online capabilities are certain to be under scrutiny by the Gambling Commission, the ability to keep retailers onside while growing digital sales is going to be equally, if not more, important given the dominance of retail in the lottery vertical.

In this respect, Sisal might have something of an edge. In a move that just happened to coincide with the onset of the pandemic, it last year introduced a revenue share affiliation scheme for retailers that signed up online players. It was hugely successful for the operator, increasing the number of online accounts opened in retail shops by 150% and the revenues coming from customers opening online accounts in retail by 300%.

Though bidders are forbidden from discussing the details of their bids and so Folladori is unable to say whether or not the company would introduce such as scheme in the UK  – Camelot does not currently operate anything similar – she says: “For sure the Italian experience has been very, very successful.

“It’s in the end a win-win partnership with the retailers, because it prevents the retailer from being worried that he or she will lose the customer. But rather it enables us, especially in difficult moments as Covid was, to give them an additional source of revenue.”

Either way, she’s clear the relationship between retail and online is a key area of focus. “No doubt the retail channel is key in granting access to customers, but it’s not just a matter of granting access to customers. We operate in Italy an extremely large retail network, basically the same size as the one in the UK. We have, again, in Morocco and in Turkey, important retail networks. And we do combine also the online very successfully.

“We think that more and more in any jurisdiction, retail and online will need to go hand in hand. But we do see how important retail will continue to be in the hearts and minds of specific clusters of customers, whereas other types of customers will be willing to have more blurring, an omnichannel experience that will enable them to move from one channel to another one.”

While the specifics of Sisal’s bid cannot be disclosed, Folladori is keen to elaborate on its overarching aim. “We want to place a very ambitious and bold bid to be able to physically create the right conditions for the National Lottery to go back to what it used to be in terms of relevance to customers, in terms of brand image, in terms of the link between customers and good causes, which has been a bit rusty over these last years.”

She believes the National Lottery is yet to fully recover from the overhauls of the main lottery game – first doubling the ticket price in 2013, then adding 10 balls to the mix in 2015. “Unfortunately, over the years, the National Lottery has lost its shine among customers,” she says. “If you look, for example, at what happened when they touched their most iconic product, they lost more than three or four million customers. So more than anything else, I think that what should be done is to regain relevance among customers.”

She concedes that tinkering with longstanding products is always difficult, but believes it is possible to do so without losing customer interest. “Touching an iconic product, it’s always very tricky. We did it with SuperEnalotto back in 2016. That was very successful, the turnover was 60% up versus 2015. And if you look at 2019 versus 2015, it was plus 80% up.

“But of course it required a lot of study, of analysis, and a 360-degree approach to avoid putting at risk such an iconic product. So we do understand how important and challenging it can be to touch a product. And if you don’t do it in the right way, unfortunately customers can be very punitive.”

In terms of making other additions or changes to the product offering of the National Lottery, Folladori is restricted from commenting too specifically. “I cannot answer in detail what we will offer for the National Lottery,” she says. “But what I could tell you is that for us, responsible gambling is the most important priority, which goes well beyond any other concern. So you can think about it as that if it’s a safe gambling approach, then the rest can follow. If it’s not, we prefer not to go into that area.”

While Sisal hasn’t been able to give away much about its plans for the National Lottery if successful, it has emphasised repeatedly since the announcement a focus on responsible gambling, having clearly judged the prevailing sentiment in the UK market.

Whether or not this and its successful track record in international expansion can help it unseat Camelot from its uninterrupted reign as the UK’s National Lottery operator remains to be seen.

But one thing’s for sure: the battle has turned into a much more competitive race than it looked likely to be even just a year ago. Asked who Sisal views as its fiercest competitor, Folladori says: “We never underestimate any competitor. But we focus on our own capabilities.”