The Advertising Standards Authority (ASA) has warned betting tipster service Thebettingman over its future conduct after ruling that a post on Instagram was not identified as an advert and its content was irresponsible. 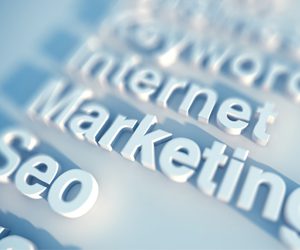 A single complaint referred to an Instagram story post by reality television star Sam Gowland about Thebettingman on 2 June this year.

In the post, Gowland said if followers “wanted to make money the betting man is the way forward”, and that if they were to pay £25, they would gain access to a VIP group with betting tips.

Gowland also said he was “450 quid up this weekend and over £1k up for the week” and that it was the “best second source of income I’ve ever had… hence the new car I’m getting… not bad for £25”.

In addition, he said by joining the VIP service, followers could “watch the profits roll in like the rest of the members”.

The complainant suggested the post had not been marked as a marketing communication, and suggested it was irresponsible, for suggesting using tipsters was a way of achieving financial security.

Furthermore, they added, it used an individual under the age of 25 to promote a gambling advice service, something prohibited by British regulations. At the time of the post, Gowland, a former Love Island contestant, was aged 24.

In response to the complaint, TBM Enterprises, the company behind the tipping service said it did not ask Gowland to post the story, but did admit the post should have included the ‘ad’ label and the hashtags #18+ and #gambleresponsibly.

Gowland said the advert was a promotional post and that he had subsequently read the ASA’s guidance and would label any similar communications with the identifier ‘#ad’.

However, the ASA upheld all three parts of the complaint.

In terms of not labelling the post with an ad identifier, ASA understood Gowland was promoting Thebettingman and told followers how to access the service, but these elements alone did not indicate the post was a marketing communication before users engaged with its content.

The ASA said it acknowledged both Thebettingman and Gowland understood the Instagram story should have been labelled as an ad, but concluded the story was not obviously identifiable as marketing and that it breached CAP Code Rules 2.1 and 2.3 relating to recognition of marketing communications.

Referring to the whether the post irresponsible as it suggested using the tipster was a way of achieving financial security, the ASA said though the service was not itself gambling, the purpose of Thebettingman was to facilitate gambling and therefore assessed the ads with that in mind.

The ASA referenced claims in the post including that Gowland had made £450 in a weekend and over £1,000 in a week, as well as the service was the “second source of income” he had ever had. The ASA considered these implied would win large sums in a short space of time and on a regular basis.

As the ASA ruled that Thebettingman’s main purpose was to facilitate gambling, it considered that the ad was irresponsible and breached CAP Code rule 1.3, which refers to social responsibility.

In addition, looking at if the ad was irresponsible in terms of Gowland’s age, the ASA acknowledged that he was 24 when he was featured in the post. Again, the ASA said as the main purpose of the service was to facilitate gambling, featuring someone under the age of 25 to promote Thebettingman was irresponsible.

As such, the ASA said the ad breached CAP Code rule 1.3 on social responsibility.

Concluding its ruling, the ASA said the advert must no longer appear in the form and that TBM Enterprises, Thebettingman and Gowland must ensure any future ads are obviously identifiable as marketing communications,

The ASA also said the advert must not suggest that using betting tipsters was a way of achieving financial security, as well as not to feature a person under the age of 25 to promote the tipster service.