With bonuses in the sights of politicians, regulators and taxmen across Europe, operators' search for alternative ways of improving player loyalty is leading them in one direction. Joanne Christie reports 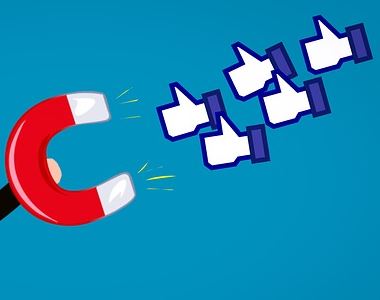 With bonuses in the sights of politicians, regulators and taxmen across Europe, operators' search for alternative ways of improving player loyalty is leading them in the direction of social media plaforms. Joanne Christie reports

While the industry may have been broadly welcoming of the regulation of the Swedish market this year, there was one aspect of it pretty much everyone took issue with: the fact that it meant operators were only allowed to offer one bonus to players as an introductory offer.

With the go-to player retention tool of bonusing taken off the table, Sweden-facing operators have been looking at other ways to improve player loyalty, as have operators across many other jurisdictions thanks to advertising clampdowns.

While a number of ideas have been floated around as possible solutions, panellists at one of the sessions at ICE –Taking your brand far and wide in a post-advertising ban and post-Cambridge Analytica market –felt that social media was not only a way ofincreasing retention in Sweden and beyond,

it was also perhaps a means to wean the industry off its focus on acquisition. Mr Green’s managing director Magnus Alebo told the audience. “The power in social is all about retention. It is not about acquisition and the focus in this industry for a long, long time has been so focused and oriented on acquisition and you sort of deal with the churn rates.

“But I think now with social and the industry becoming more and more mature, everybody is starting to understand that this is really a retention challenge and retention opportunity that we have and that is where social comes into play.

“We are now slowly, slowly learning how to use social tools and how to build our own social features and functionality and connection to interact with and retain our customers.”

“As an operator we need to make sure we follow the landscape trends and are actually present where our consumers are and social media is a very interesting one because we as customers ourselves and our customers are in social media all the time.”

Of course, before the Swedish market officially opened up, opportunities to use platforms such as Facebook to their full potential were limited as gambling advertising was not allowed.

“As an operator having been primarily dealing with unregulated markets in the past, social media has been very much earned attention. There haven’t really been any official opportunities to use social media,” added Alebo.

While the first bonus rule was something no one was happy about, one of the things operators expressed optimism about under the new regulated market in Sweden was the opportunity to use more digital marketing channels.

Irena Busic, communications director at LeoVegas, says: “The regulated market opens up new marketing possibilities within Google, sponsorships, Facebook, etc. In general we believe that the marketing will be even more tilted to online marketing then before.

“Social media should definitely be seen also as a retention driver, and we will measure the contribution to those KPIs when evaluating the return on investments.”

Battlefield ahead
Initially, however, that return on investment might not be as high as operators would like, says Asbjorn Bieling, head of marketing at Gaming Innovation Group in Copehhagen, who predicts advertising prices will be high.

“For the paid channels it is going to be very exciting when Google and Facebook start allowing paid promotions because it is probably going to be a battlefield and it will be exciting to see who survives and who doesn’t.”

Indeed, Tsyganova said during the ICE panel that results were not always as expected. “The fact we are now digitalising paid media is very interesting for us because all of a sudden we can now measure all of the returns on investment.

“Some of it is a bit shocking I must say, in a good way or a bad way, but it means that we can actually make much more educated choices. We can target our consumers much better and we can be more relevant, which is very important for our business.”

One reason the results of paid social campaigns are sometimes not as good as earned social efforts is because they are less personalised, says Asaf Cohen, VP of revenue at Optimove.

However, he adds that this does not have to be the case. “I definitely think that paid social can be better utilised. For example, operators can hyper-personalise Facebook campaigns using Custom Audiences, to segment players and serve highly relevant communications, significantly increasing their likelihood to engage.”

While obviously it’s too soon to know how things will play out in Sweden, Cohen says he looked at the company’s data from the UK, where bonusing has become more expensive over the past year due to bonuses being taxed, and found there was little change in operators’ attempts to use social media for retention.

One reason for this, he speculated, is the lack of expertise CRM teams might have with social channels. Traditionally, social channels have been the territory of acquisition teams.

“In many brands, acquisition teams heavily rely on social media to acquire new players. However, CRM teams utilise their own channels, tools and measurements, and rarely rely on social channels for retention.”

This is further compounded by the separation between teams at many operators, Alebo told the ICE panel. “The way we’ve organised ourselves oftentimes internally is in silos – there’s a department responsible for NDCs or FTDS and that is their own KPI to go after.

“Then you have the retention team and the tech team and that needs to change. And that is something that we are changing now at my company. We are changing the KPIs that people are measured on and we are mixing up the teams and I think that is where you need to get to, where you work on new KPIs.”

Whether or not social media could be the panacea for the igaming industry’s retention challenge remains to be seen. But it seems to be increasingly being seen as something that has potential to provide at least part of the solution.