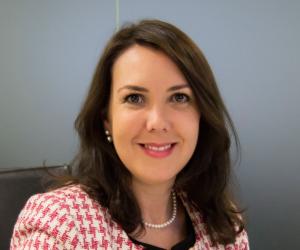 Nektan has announced that chief executive Lucy Buckley has resigned with immediate effect, with company's founder and executive director Gary Shaw to take over on an interim basis.

Buckley was named chief executive of Nektan in October 2018, beginning the role on 3 December. She joined after eight years with Inspired Entertainment, where she rose through the ranks to become vice president of the supplier's interactive division.

However, she said that as a result of a recent restructuring of the business, it was “the right moment” for her to step down.

“The business has a solid foundation of proprietary technology and a fast-growing B2B business that will help it capitalise on the many global opportunities ahead,” Buckely said.

As a result Shaw will return to the role of interim CEO. He previously held this role from June 2017, when previous CEO Leigh Nissim departed, until Buckley's appointment in October last year. He will combine the CEO role with his existing duties spearheading the business' international expansion.

“On behalf of the board, I would like to thank Lucy for her stewardship during a period of industry change and challenges in the UK market,” Shaw said. “The company remains confident that its sales pipeline has the scope to drive significant revenue growth in both the B2C and B2B divisions.”

Buckley will remain available to the Board “for a period of time to enable a smooth transition to a new leadership structure,” the company said.

In June, Nektan issued a profit warning to investors as its decline in player deposits continued into the final quarter of its financial year. The supplier then reported a 14.8% year-on-year increase in revenue for its fiscal year to 30 June 2019, thanks to growth across both its B2C and B2B segments. It did not provide bottom-line figures in the update, however, having previously said it would miss its target of breaking even for the yera.