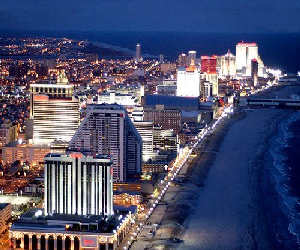 iGaming Business and Ficom Leisure are pleased to present the New Jersey iGaming Dashboard, providing revenue and product metrics on the state’s regulated market. The data is updated monthly following the official release of figures from New Jersey’s Division of Gaming Enforcement (NJDGE). New Jersey’s igaming market rebounded strongly in March, setting a new monthly record with gross gaming revenue of $39.1m. This represented a significant 23.3% rise on the previous month – although GGR had dipped month-on-month in February – and an enormous 52.7% increase on the same period the previous year. It was largely casino that drove the surge in revenues, with GGR rising to $37.2m from $29.9m in February. Poker revenues for March were flat at $1.9m. In terms of market share, Golden Nugget pulled further ahead of the pack, with its percentage share rising to 36.4% from 33.7% in February. Resorts Digital had the next largest market share, at 21.6%, followed by Borgata at 13.9%. The former has seen its market share grow significantly over the past six months, largely at the expense of the latter, although some of its gains are also likely to have come from Caesars Interactive, which has also lost ground recently. Online sports betting also bounced back after dipping in February. Although last month’s online turnover of $298.3m wasn’t a record, it was the second best month so far in the nascent market, behind January’s $305.0m. Meadowlands continues to lead the market by quite some way, though it’s percentage share dropped back slightly to 55.6% from 58.7% in February. This was less a reflection of its own performance – the operator in fact more than doubled its GGR month-on-month – but rather the market returning to the status quo after several operators reported heavy losses in February that skewed the figures significantly. The previous month’s poor performances had also seen Borgata drop out off the top five sports betting operators, although it moved back into fifth position in March with a 2.7% share. Ficom Leisure also provides exclusive monthly estimates on the Italian online market in the Italy iGaming Dashboard, including operator market shares across casino, sports betting and poker. It also provides quarterly figures on the Spanish online market in the Spain iGaming Dashboard and on the Danish online market in the Denmark iGaming Dashboard. A European corporate advisory firm, Ficom Leisure is a specialist in all segments of the betting and gaming sector.