The body set up to oversee reform of racing and wagering in New Zealand is looking for a new leader following the resignation of chief executive John Allen. 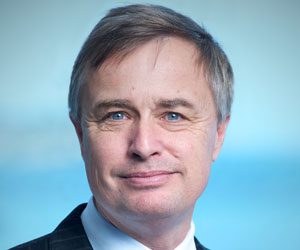 The body set up to oversee reform of racing and wagering in New Zealand is looking for a new leader following the resignation of chief executive John Allen.

Allen will depart Racing Industry Transition Agency (RITA), which replaced the New Zealand Racing Board in July, at the end of this year.

Allen said he has decided to step down from the organisation which manages the TAB – New Zealand’s only legal wagering operator – and is responsible for the racing sector, after a series of reforms during his five years in charge.

“The major programmes of investment are largely completed, creating a strong foundation to grow products for Kiwi punters and profit for the racing industry,” Allen said.

“After five years as chief executive it is time to begin the search for a new leader to oversee the transition to TAB NZ.

“This was a difficult decision, but with the racing reforms underway, it’s timely for someone else to lead the TAB and deliver the revenue growth to support a sustainable racing industry.”

Allen has come in for some criticism due to modest returns from the TAB despite a major relaunch with partners Paddy Power Betfair and OpenBet earlier this year. The TAB’s owners estimate it will deliver a NZ$30m (€17.6m/$20.4m) increase in net betting profit from the fiscal year ended 30 June, 2022. However, in April the TAB reported net profit for the first half of its 2018/19 fiscal year was down 3.5% year-on-year to $76.2m.

“The innovations overseen by Mr Allen have provided the TAB with a solid foundation for growth to support racing and sport in New Zealand, and the board is optimistic the investments will deliver the returns the industry needs in coming years,” McKenzie said.

“We now need to focus on lifting profits, increasing distributions to racing and improving the betting experience for Kiwi punters. Achieving the outcomes set out in the current reform of racing will play an important part of securing a positive future for racing.”

Allen will stay on until Christmas to support the transition to a new CEO.

Earlier this year the New Zealand government announced a series of measures to revitalise the country’s horse racing sector, with a point of consumption tax to be levied on offshore bookmakers for the first time.