2 minutes read
iGaming operator and supplier Newgioco has reported a decline in sports betting revenue in March, though this has been mitigated in part by growth in other verticals. 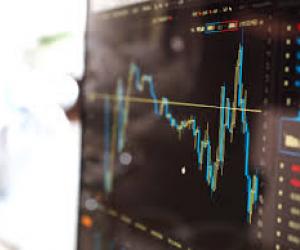 iGaming operator and supplier Newgioco Group has reported a decline in sports betting revenue in March, though this has been mitigated in part by growth in other verticals.

The business, which is predominantly active in the Italian market, saw sales decline to $1.5m for the period from 1 to 25 March, down 19.8% compared to the same period in February.

A drop in sports betting revenue revenue, following the suspension of almost all professional sports around the world and the closure of betting shops in multiple markets, was the main reason for this decline. Sportsbook gross gaming revenue fell 42.7% for the period in question.

This was partially offset by GGR growth in non-sports verticals, which rose 16.6%. Poker and virtual sports were the star performers, though Newgioco did not break out figures for each.

Newgioco chairman and chief executive Michele Ciavarella said the business had implemented strategic plans to ensure it could provide the highest level of service to its operator clients, while keeping employees safe “during this challenging and remarkable time”.

“We are happy to have maintained a manageable level in our diversified sales channels given the headwind caused by the complete shutdown of global sports,” he explained. “Our objectives are to be prepared for re-opening our betting shops, putting our agents back to work and look forward to continuing normal operations along with the return of sports events once it is safe to do so.”

The business said it has furloughed employees, but has to date avoided layoffs.

Newgioco's update followed a warning on 12 March that it could see sportsbook handle and revenue hit by a nationwide lockdown in Italy. Those measures, which saw all betting shops, gaming arcades and bingo halls closed, were originally meant to be in place until 3 April. However yesterday (31 March) the government announced they would remain in effect until at least 12 April.

Italy has effectively replaced China as the epicentre of the pandemic, with 11,591 deaths to date.